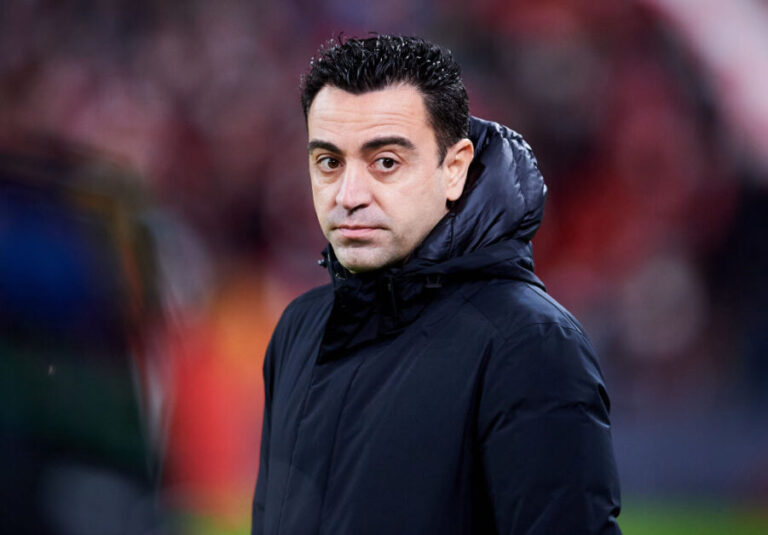 Pierre-Emerick Aubameyang is set to seal a move to FC Barcelona on a free transfer.

In a rollercoaster day for the striker, the deal looked like it may fall through. However, the 32-year-old was finally released by Arsenal in order to make the move to the Nou Camp.

Fortunately for Barca, it looks as though Aubameyang will take a wage cut. He is rumoured to be getting just two million euros total from his contract with the Catalan giants.

When fit and healthy, Aubameyang is a lethal striker. The deal could be brilliant for Barca at such a small fee – but is he a player that Xavi wants in his team?

Speaking in 2020, Xavi suggested that the Gabon international may not suit a Barca style of play.

“Aubameyang can kill you in open space,” the Barcelona legend said, “but Barcelona needs players who know how to move in small spaces.”

He then referenced how Barcelona’s unique play style makes it difficult to find players.

“I am thinking about players who would adapt to Barcelona and its not easy to find one. Samuel Eto’o was perfect, as is Luis Suarez.”

Obviously, a lot has changed for Barcelona since Xavi made those comments. A global pandemic has hit the finances of all clubs, especially the Catalan club.

In addition, Barca have lost key players, including the iconic Lionel Messi, plus changed managers a couple of times.

The club announced that their debt in 2021 stood at an astonishing 1.35 billion Euros. Unfortunately, the finances limit transfer business. Barca have offloaded stars with big contracts and brought in others on cut-price deals.

However, despite the restrictive budget, Barcelona did manage to sign Ferran Torres from Manchester City.

The club has also turned to their famous La Masia academy, putting more impetus on promoting youngsters to the first team.

Unfortunately, this makes their options much more limited too. So, now boss Xavi may be in the position of possessing a squad of players that doesn’t fit his plans.

However, beggars can’t be choosers. When a quality striker becomes available at a cut-price fee, it’s hard to turn down – especially given Barcelona’s financial state.

Xavi may have to have a conversation with Aubameyang to make sure there are no hard feelings though.