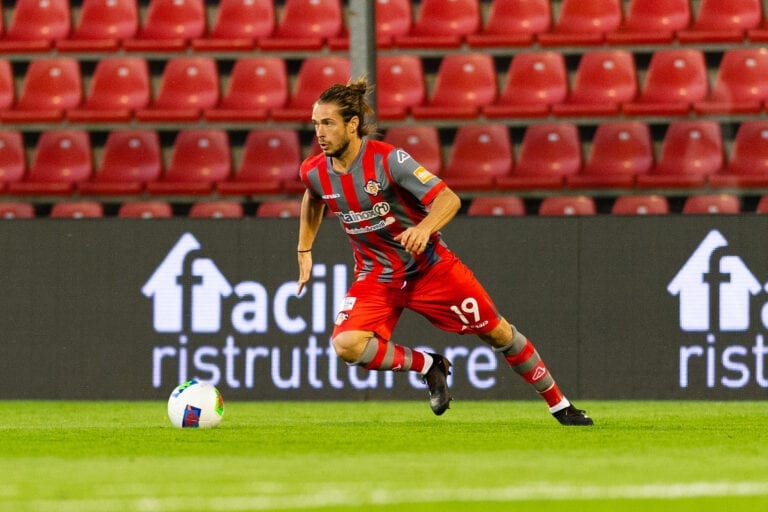 The 31-year-old Italian, for those who don’t know, plays for Cremonese over in Serie B. They currently find themselves down in 14th with Castagnetti first joining the club back in 2018.

Before yesterday 99% of football fans wouldn’t have been able to tell you a single thing about this chap. Now, though, there’s a very good chance he’s just secured a Puskas nomination, as well as a mention in many future pub quizzes.

The goal we all dream of

The reason for that is simple: he scored a 70-yard belter for Cremonese against Virtus Entella that had social media buzzing.

Apparently Castagnetti is known for testing the waters with an insane effort or two but this is on another level.

This is the kind of goal we all spent hours down the park trying to replicate with our mates. Then, if that failed, just play the “hit and hope” role when you’re 1-0 down in an important Sunday League game.

Michelle Castagnetti just scored this goal in Serie B.
pic.twitter.com/9g68vlYCH4

Michele Castagnetti retire now, it ain’t getting better than this ?? https://t.co/Gmb5rTyWuP

Cremonese defender Michele Castagnetti definitely had a “AVE IT” Peter Kay moment here and it actually went in. This is just ridiculous pic.twitter.com/UhZNgodtVG

Castagnetti has scored the Puskas winner for 2021 with this strike from inside his own half. DID YOU SEE THAT!!! pic.twitter.com/BsMZk08y3K

These are just a few of the many reactions that let the rest of Twitter know something special had just happened.

“Football? Nah mate I’ve completed it. Michele Castagnetti retire now, it ain’t getting better than this”. One gobsmacked viewer wrote.

“Cremonese defender Michele Castagnetti definitely had a “AVE IT” Peter Kay moment here and it actually went in. This is just ridiculous”. Another said

Castagnetti, interestingly enough, has actually achieved honours in Serie D, Serie C and Serie B. After this effort we tend to think he probably doesn’t need to bother with Serie A because this is a goal he’ll be showing people and dining out on for years to come.