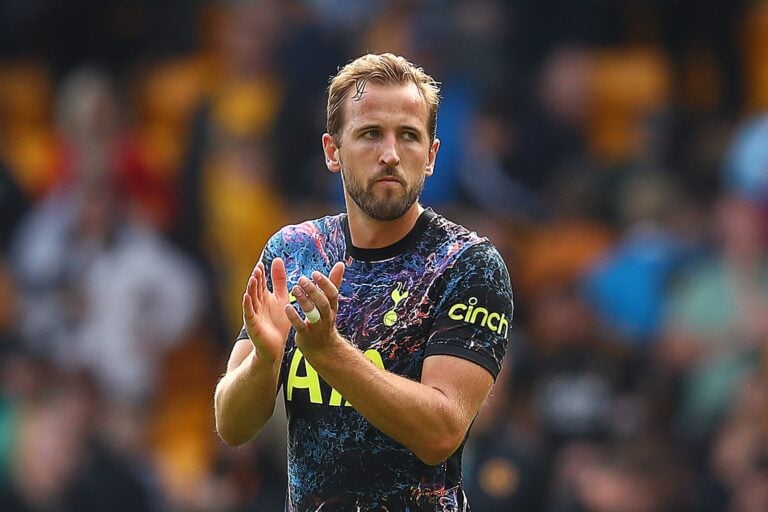 The 2021 summer transfer window has been largely dominated by five of the world’s top players.

Of course, there was the small matter of Lionel Messi‘s future, which was resolved when he moved to Paris Saint-Germain from Barcelona earlier this month.

But otherwise, talk has mainly hinged on the futures of Harry Kane, Erling Haaland, Cristiano Ronaldo and Kylian Mbappe.

Kane’s future is the topic that has been most hotly debated in England. Manchester City have had an interest all summer in the Spurs striker, and have seen several bids rejected.

This afternoon, the 28-year-old confirmed on Twitter that he would be staying at the club.

Where Mbappe is concerned, Real Madrid submitted a bid of £137 million for the PSG striker’s services yesterday.

Ronaldo’s future is also up the air. He has been linked heavily with English clubs and PSG amid rumoured doubts over his immediate future at Juventus.

Then there is Haaland. The Borussia Dortmund striker is one of the most coveted strikers in European football – but no team has yet been able to prize him away from Signal Iduna Park.

A reason for that could be due to his reportedly extortionate wage demands. It was reported by German journalist Christian Falk this morning that agent Mino Raiola demanded his client was paid €50m a year (around £820,000 per week) to join Chelsea.

Let’s take a look at the contract situations of four of the most in-demand players in world football:

Harry Kane signed a new six-year contract with Spurs back in 2018 – without a release clause.

His current contract therefore has three years left to run. Spurs would have considered a deal of around £150m from a foreign club for Kane, but not from any Premier League club, according to The Athletic.

Cristiano Ronaldo will be a free agent next summer if he stays at Juventus and does not extend his current deal.

He initially signed a four-year contract with the Italian giants in 2018 when he signed from Real Madrid.

The Portuguese icon was left out of Juve’s squad on Sunday for what vice-president Pavel Nedved described as a fitness-related reason.

However, he has a £64m release clause in his contract that becomes active next summer – which could spark a race between Europe’s top clubs for his signature.

Like Ronaldo, Kylian Mbappe’s current contract with PSG runs out in the summer of 2022.

He is yet to extend that deal, and was subject of a £137m bid from Real Madrid yesterday. Should PSG reject any advances, he could leave as a free agent next summer.