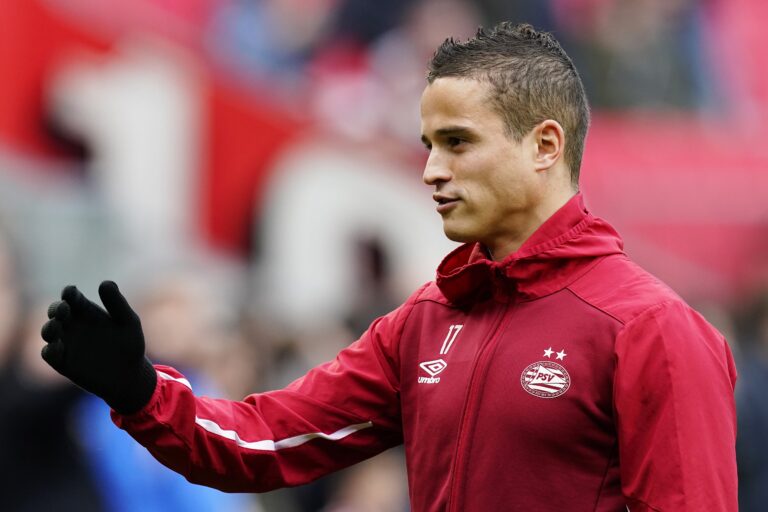 Ibrahim Afellay has given his reaction after he was dissed in the debut rap song released by former Netherlands team-mate Ryan Babel.

The 34-year-old Babel released his first song last week, with the Galatasaray forward giving an insight into his career.

Titled ‘Open Letter’, the accompanying video provides plenty of references to checkpoints from Babel’s career, from Ronald Koeman to Rafael Benitez – and a plate of fish and chips inbetween.

He also discusses racism in football and the Euro 2020 final between Italy and England.

In the closing minute of the video, Babel turns his attention to Afellay. The pair were team-mates in the Dutch national team, with both men making over 60 international appearances apiece.

But Babel appeared to take aim at Afellay and his current role as a football analyst.

In the video, he says: “Bro, I don’t know you from Barca, maybe more for PSV.

“Oh, now you’re an analyst? Hm, so, so… Heard in the corridors you are broke, bro.

“You call things, you don’t think about the bro code anymore. But I get it when your career ends.”

“How did I listen to it? With amazement, actually,” he said.

“I can only be positive about him. I have only experienced him with the Dutch national team, I know him as a very nice boy. Not a single bad word about him.”

When asked if Afellay was broke, football analyst Theo Janssen said: “He has two cars with him. The whole parking lot is full of Ibi’s cars.”

Afellay retired from football at the age of 35 earlier this year, with the latter part of his playing career decimated by injury.

The Dutchman signed for Barcelona in January 2011 after nearly six years as a professional at PSV Eindhoven, where he came through the youth system.

He would go on to have spells at Schalke, Olympiacos and Stoke City, before ending his playing career back at PSV.

Babel, meanwhile, started his career at Ajax before signing for Liverpool in the summer of 2007.

He has since spent time at various clubs in Turkey and England, as well as two separate spells back at Ajax. He signed for Galatasaray in 2019 following a loan spell with then Premier League side Fulham.