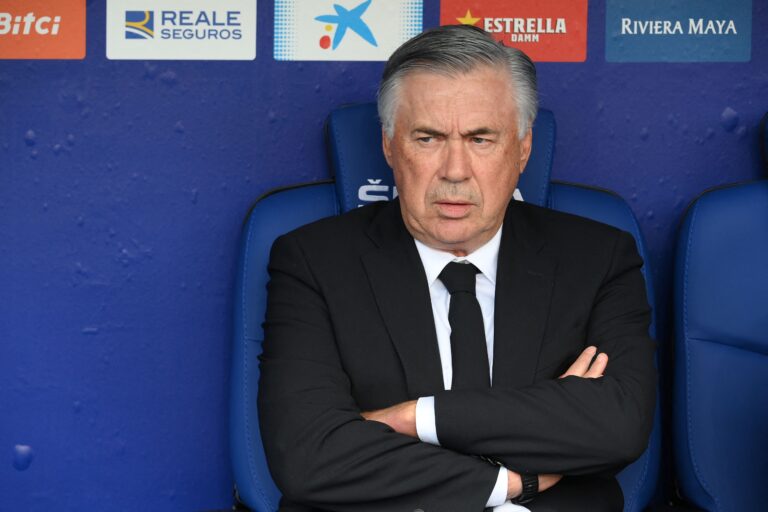 Real Madrid manager Carlo Ancelotti has dubbed his side’s 2-1 defeat to Espanyol on Sunday as the “worst game of [the] season”.

Los Blancos have endured a difficult week, which began with a 2-1 defeat to Moldovan champions Sheriff Tiraspol at the Bernabeu on Tuesday.

The scoreline has been widely ranked as one of the biggest upsets in Champions League history.

Real returned to LaLiga action on Sunday afternoon but suffered another 2-1 defeat – this time at the hands of Vicente Moreno’s side.

Karim Benzema then pulled a goal back for Real – his ninth of the season so far – but they were unable to find an equaliser in the closing stages.

Ancelotti made his feelings perfectly clear after the game, giving a scathing reflection of his side’s performance.

He said in his post-match press conference (quotes via The Athletic): “We played badly, nothing much else I can say.

“When we conceded we became confused on the pitch. I have to be honest – worst game of [the] season.

“Today’s defeat is not an accident, we deserved to lose. We are worried, this club is not used to back to back defeats, we have to remedy this and fix the errors we made again today.

“Our plan was pretty clear, but the team were disorganised, not well positioned, very individual – these are things we need to fix. I spoke with the players who agree.”

Despite the defeat, Real remain top of LaLiga on goal difference ahead of Atletico Madrid and Real Sociedad. All three sides are currently on 17 points after eight games played.

They are next in action on October 19 when they take on Shakhtar Donetsk in matchday three of the 2021/22 Champions League group stage.