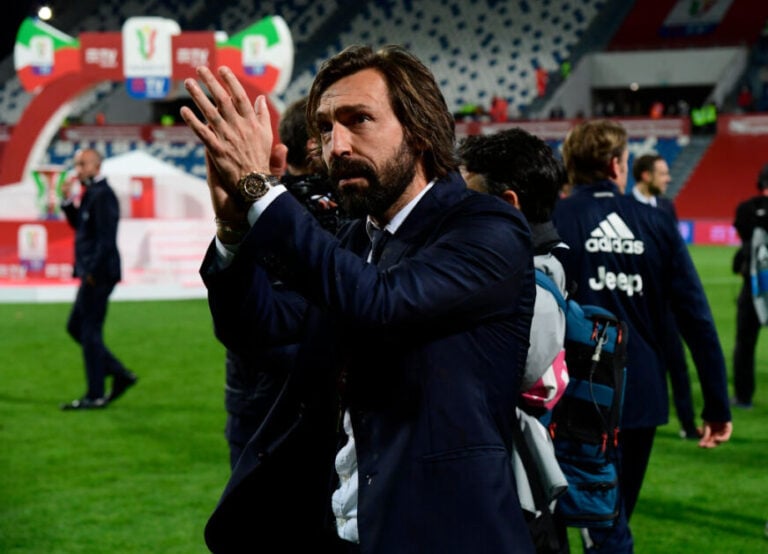 Andrea Pirlo is reportedly open to the opportunity of taking over the vacant head coach position at the Polish national team.

The 42-year-old has been out of a job since Juventus sacked him in May. Upon reflection, the club should’ve potentially given the Italian legend more time based on the team’s poor run of form since.

They are currently in fifth place in Serie A and will need to improve their performances to play Champions League football next season.

Since he departed from his former club, Pirlo has been left out in the cold. But with this new opportunity now at his fingertips, his return to management could be imminent.

His representatives have been in talks with Poland, as per reports from the country. If they go well, the former midfielder could take over in time for the side’s massive World Cup play-off game against Russia in March.

What information have we got so far?

According to WP Sportowe’s Piotr Koźmiński, as per TVP Sport, a potential deal is a very real possibility.

He said: “Andrea Pirlo is another candidate. A world football star and former coach of Wojciech Szczęsny at Juventus wants to work with the white and reds. Andrea asked to let you know that he had already talked to the Polish side on this subject.”

The European nation is looking for a new head coach following the departure of former Swansea City boss Paulo Sousa on December 29. During his time with Poland, the former player led his side to a disappointing European Championship group stage exit. They failed to win a single game and finished bottom of Group D.

He then led them to the play-off stage of World Cup qualifying. However, Sousa then requested to leave following an offer from Brazilian giants Flamengo. He signed a two-year deal with the club, despite the president of the Polish FA calling his request to leave “extremely irresponsible“.

Why is Andrea Pirlo being considered?

He may not be the most experienced coach. But Pirlo’s footballing IQ is in no doubt. He has one of the greatest minds in the sport’s history, and it surely won’t be long until that begins to show at the management level.

In addition, he already has chemistry with goalkeeper Wojciech Szczęsny, having worked with the Juve stopper in the past.

The Italian is seemingly keen to return to management. The chance to work with the metronomic Robert Lewandowski is an opportunity that he surely won’t want to pass him by.

According to TVP Sport, the Polish Football Association will likely announce their new head coach by January 19. Therefore, fans won’t have long to wait to find out whether Pirlo has got the job.