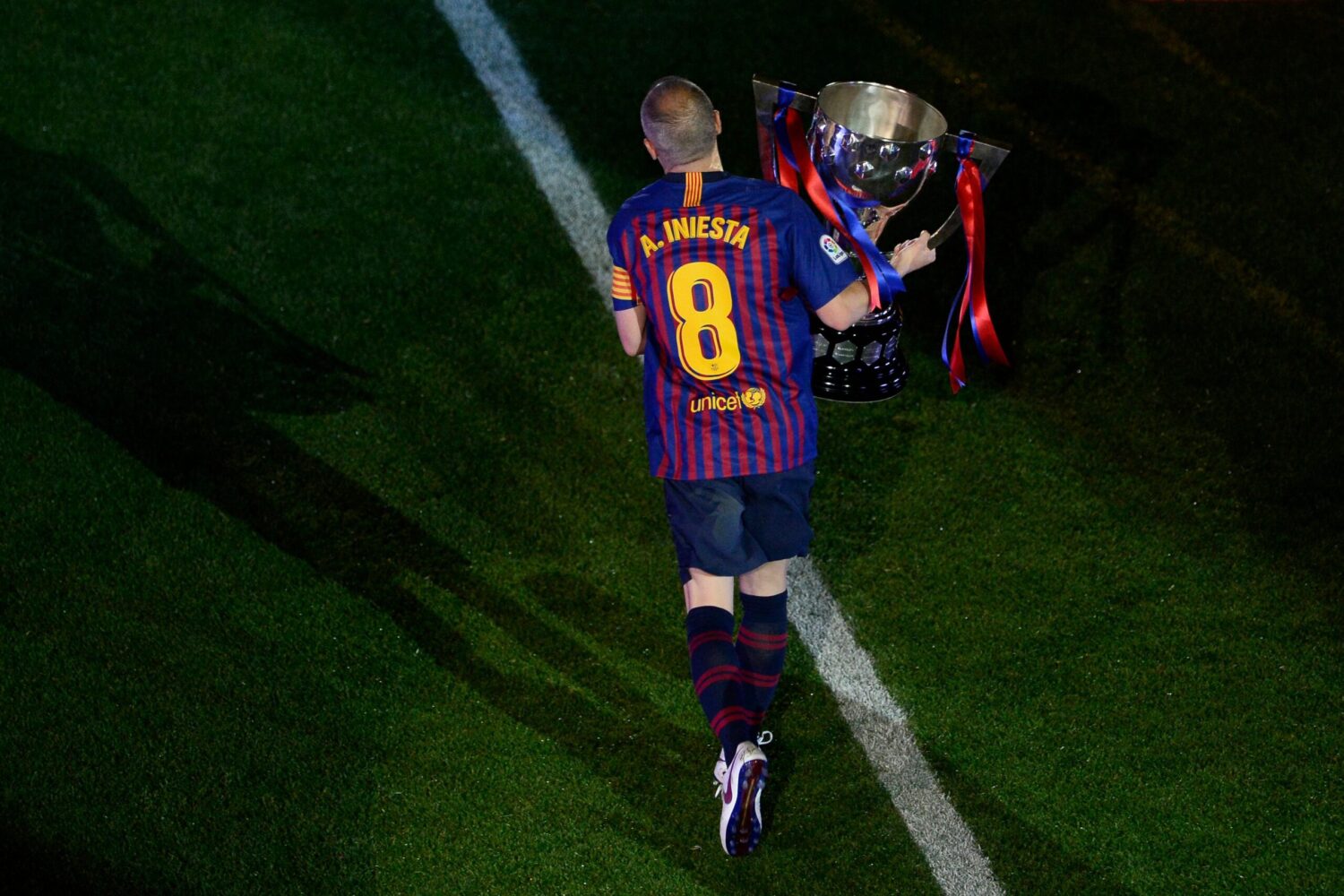 Andres Iniesta has reminisced on ten of the greatest moments to come throughout his glittering career – and it is fair to say that it is an illustrious list.

The Barcelona legend was asked to reflect on his time in professional football during a recent LaLiga event.

While the list could have gone on endlessly, these are the ten big ones the Spanish magician recalled.

His official debut in LaLiga

Iniesta made his first LaLiga appearance for Barcelona in December 2002, coming off the bench during a 4-0 win against RCD Mallorca.

He said: “Without doubt, one of the most important moments of my career.

“Making my LaLiga debut, after working towards it for so many years, was very, very special.”

His first goal in LaLiga

The Spaniard’s first goal in the top flight was another moment which he looks back fondly on.

“It was during a match at the Jose Zorilla against Real Valladolid,” he explained.

“I came off the bench and took my chance in front of goal.

“That first goal for the club is always a special moment.”

Iniesta began to play regularly in the Barcelona team during the 2004/05 season – the same campaign that he won LaLiga with the club for the first time in his career.

He reflected: “Again, very special. I remember the match in which we clinched the title, it was away at Levante.

“We had Ronaldinho in the side, Eto’o and Deco too… Frank Rijkaard as coach.

“That first title has a very special place in my heart.”

The career of Iniesta reached another landmark when he was trusted with the captain’s armband for the first time. He would eventually become permanent club captain upon Xavi’s departure in 2015.

“Above all, you feel a great sense of responsibility,” he admitted.

“It is a very special moment. It’s the same for everyone, but especially for those of us who came through the ranks at Barcelona, after spending so many years there.

“Having that opportunity, even if it was because other team-mates were out injured, was very special.”

Winning 6-2 at the Santiago Bernabeu

Barcelona’s 6-2 thrashing of Real Madrid in ‘El Clasico’ all but sealed their 2009 LaLiga triumph.

Thierry Henry and Lionel Messi both scored twice, and Pep Guardiola‘s men passed 100 league goals for the season on the night.

On the game, Iniesta said: “Sometimes memories of such games are wonderful, other times not so much.

“But this game was incredible, obviously, also because of what the game meant.

“The LaLiga table was really tight. And also the flow of the game. We went behind early on and came back to win.

“I think it was one of our best matches as a team, and to do it at the Bernabeu made it even more special.”

Guardiola’s side won a record-breaking six trophies in the aforementioned 2008/09 season.

They defeated Manchester United in the 2009 Champions League final, before sealing their unprecedented triumph by winning the Club World Cup in December.

On this point of his career, Iniesta reflected: “2009 was an incredible year, a historic year for the club and football in general.

“It showed how well we worked as a team throughout the whole season, we won all the titles we could.

“And being the first to do so in history showed just what an achievement it was.”

His last match in LaLiga

After 22 years with Barcelona, Iniesta announced that he would be leaving the club at the end of the 2017/18 season.

His final LaLiga appearance was against Real Sociedad in May 2018 at Camp Nou – fittingly, Barca won 1-0.

Discussing his emotions on the day, Iniesta said: “[It was] maybe my most special match.

“For everything it represented, playing one final match in my stadium with the fans.

“The emotions were incredible, from the moment I stepped onto the pitch until the very end. The farewell was incredible.”

His last trophy while playing in Spain

Iniesta’s final LaLiga appearance was part of a celebration for Barcelona, given they had already secured the Spanish league title.

Luis Enrique’s side were crowned champions by 14 points, having only lost once all season.

“I have magical memories, because it was the last title I won with my club,” he explained.

“To have the chance to lift it, and to feel all those emotions before, during and after the match, that was incredible.”

His first standing ovation in LaLiga after the 2010 World Cup

Iniesta and his Spanish national team-mates returned to their home country as national icons after winning the 2010 World Cup.

Although they lost their opening group match of the tournament to Switzerland, Spain quickly hit their stride. Vicente del Bosque’s side did not concede a single goal throughout the knockout stages.

Iniesta was the hero in the final, scoring the only goal of the game against the Netherlands in extra time.

Looking back on the ovation he received upon returning to LaLiga action the following season, he stated: “I’ve always said it: I consider the love and respect that people have shown me over the years more important than any trophy.

“It was a magical thing, in many stadiums. I’m very grateful to the fans.”

Named as a Favourite Son of Fuentealbilla

Iniesta was born in the small town of Fuentealbilla, Albacete. The Spaniard ranks being named as one of his town’s favourite sons as one of his finest moments.

He explained: “It’s a small, relatively unknown town, like many across Spain.

“But it’s wonderful that it’s now known a little more, that people know the name Fuentealbilla despite it being a town of around 2,000 people.”