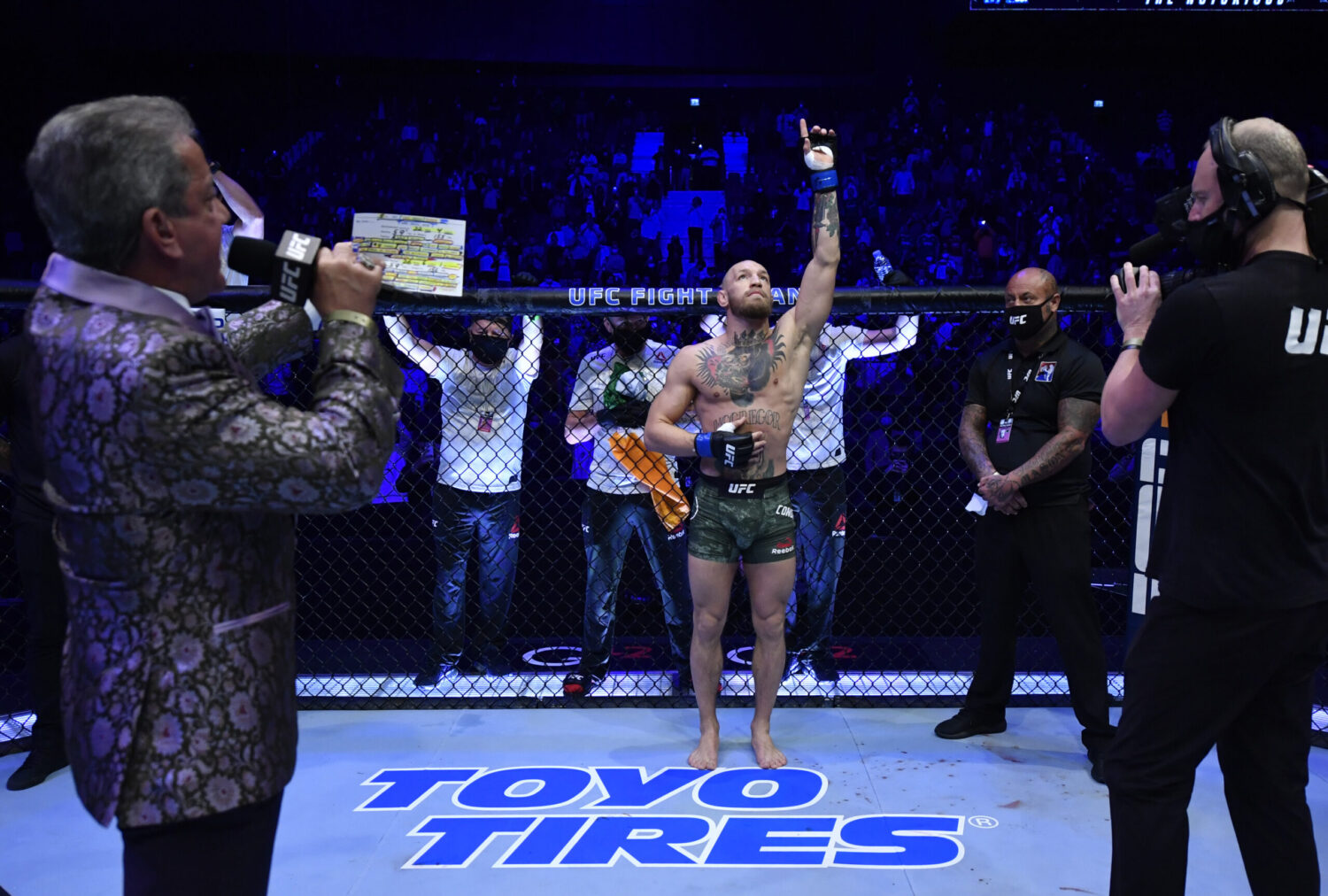 The original film, released in 2017, primarily followed the Irishman’s progress as he defeated Jose Aldo in 2015 and fought Nate Diaz twice a year later.

His first against Diaz was McGregor’s debut at welterweight level. Although he lost on the night, ‘Notorious’ gained revenge by defeating the American via majority decision five months later.

In his Instagram story, McGregor snapped a photo of a present and a Netflix-branded envelope. Alongside that he wrote: “Thank you Netflix! Excited for the sequel.”

After spending much of 2017 in preparation for a fight against Floyd Mayweather Jr. – which the Irishman lost – McGregor returned to the UFC Octagon in 2018 to defend his lightweight title against Khabib Nurmagomedov.

Khabib emerged victorious in the fourth round via submission. McGregor was then handed a six-month suspension from the sport for his part in a post-fight scuffle with the Russian’s camp.

He announced his retirement from UFC a year later. However, he then returned again to face Donald Cerrone in a winning effort in January 2020.

That sparked another year of inactivity for the Irishman. He was later booked in to fight Dustin Poirier at UFC 257 last month.

Poirier was the victor on the night via technical knockout in round two, having been defeated in the pair’s initial 2014 bout.

McGregor has since expressed frustration at his lack of activity in 2020, and told ESPN prior to the Poirier clash that he is keen to fight seven times in the next 18 months.

That goal is uncertain to be achieved after he was handed a six-month medical suspension by the UFC. The suspension was given out as a result of leg injuries sustained during January’s fight.

‘Notorious’ has expressed interest in taking part in a trilogy fight against the American.

Whatever 2021 has in store for McGregor, a new documentary chronicling his recent years in the sport would be well worth a watch.