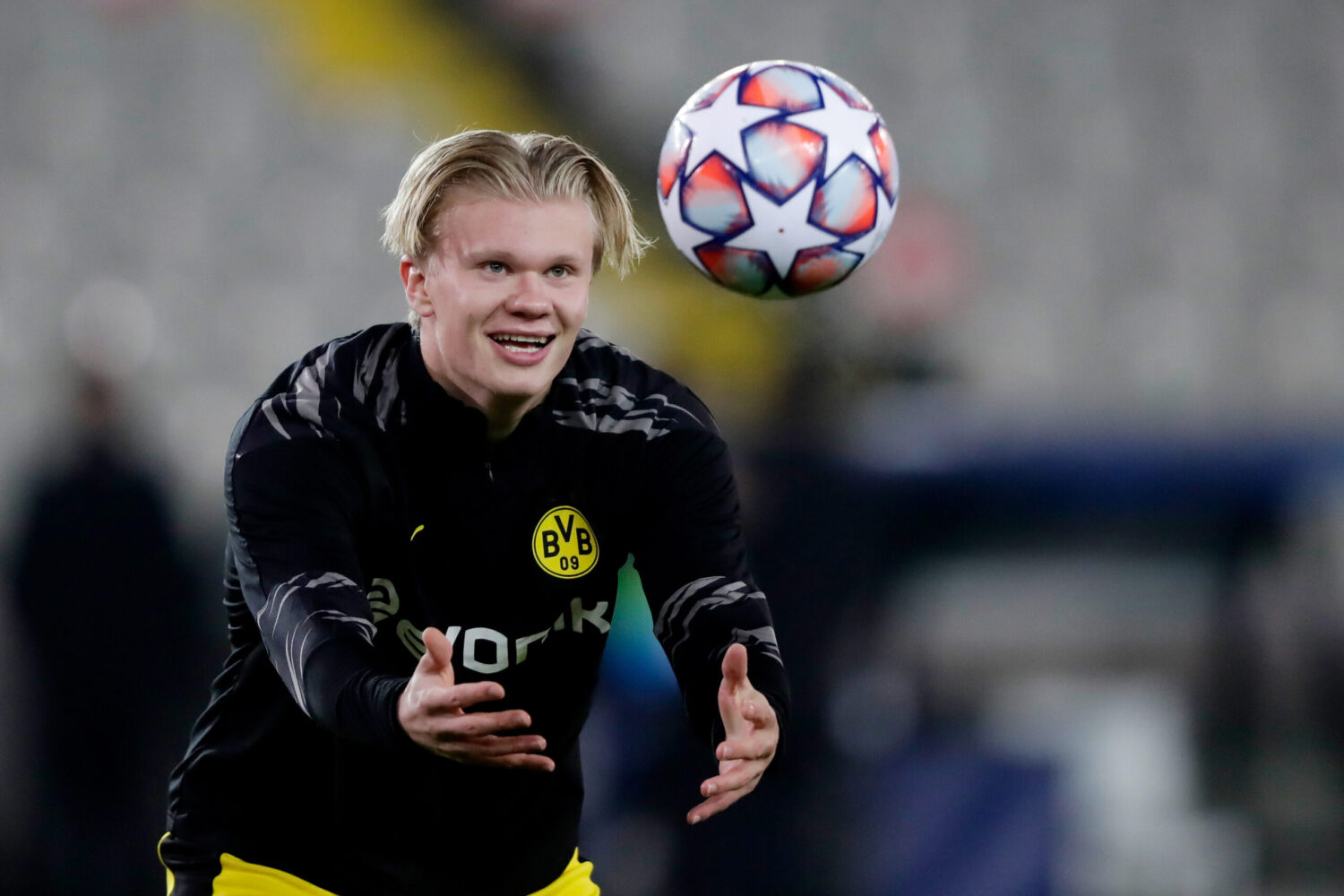 There are two things certain with Erling Haaland: first is that you know an abundance of goals will be coming your way. The second is that you’ll be sure to have some of the most bizarre post-match interviews conceivable.

Although this time, maybe it wasn’t so much the young forward’s doing, rather the interviewer.

After Borussia Dortmund breezed past Club Brugge in the Champions League, beating the Belgians 3-0 at Signal Iduna Park with a brace from the striker, Haaland was asked a quite personal question about what his antics will be after the game.

“Are you going to sleep lonely tonight?”  the reporter asked. Haaland replied with a frown: ”Erm… yeah.”

The interviewer followed that question up with: ‘You’re not taking a girlfriend home right now, you didn’t score a hat-trick.’

The rather bemused striker then responded: “Didn’t score, no.”

The reporter then closed off the interview with: “That was it, thank you.”

Haaland then struts out of frame, in the most comedic fashion ever, not quite understanding what just prompted the reporter to ask such a strange thing.

The incident left Jamie Carragher and fellow pundits on CBS Sports howling with laughter at what had just occurred. “Jesus Christ, I thought we were all getting sacked!,” said the Liverpool legend.

Micah Richards added: “I had no idea where that was going!”

Nor did we, Micah.

But fear not – some clarity has been provided as to why the question was asked, thank God.

In November 2019, Haaland stated that he sleeps alongside his hat-trick match balls in bed to sleep. He Also described them as his ‘girlfriends.’

The 20-year-old said to Dagbladet: “I sleep with the five balls for each hat-trick I have scored. I lie in bed and I feel good with them.

“I look at them every day. They are my girlfriends.”

OK, so it’s not quite the reporter’s odd behaviour which is at fault, here.

And it’s not the first time Haaland has come unstuck with a reporter on live TV.

Earlier this year, after Dortmund’s victory over Schalke, Haaland provided an even odder interview on BeIN Sport, which left some even questioning whether he was, in fact, human…

The interviewer asked why Dortmund players clapped the ‘Yellow Wall’ even though no fans were inside the stadium. .

Haaland replied: “Why not?”

There was a few seconds silence before the interviewer asked if it was a message the players wanted to send out to the fans.

Halaand said that there was, before the reporter, naturally, asked what that message was.

The striker replied: “The message was to my fans, to Dortmund’s fans.”

The reporter then asked about the importance of fans and Halaand quickly stated they are important, before he quickly leaves the interview.  darting away from the interview abruptly.

We expect to see more of the same from the young striker, entertaining us off and on the pitch.

But Wednesday’s win sees the west Germany outfit top of their group, having lost once and won two.

Back in Germany, the side are second in the table, joint on points with Bayern Munich (15), with Haaland having scored five goals in five games there.