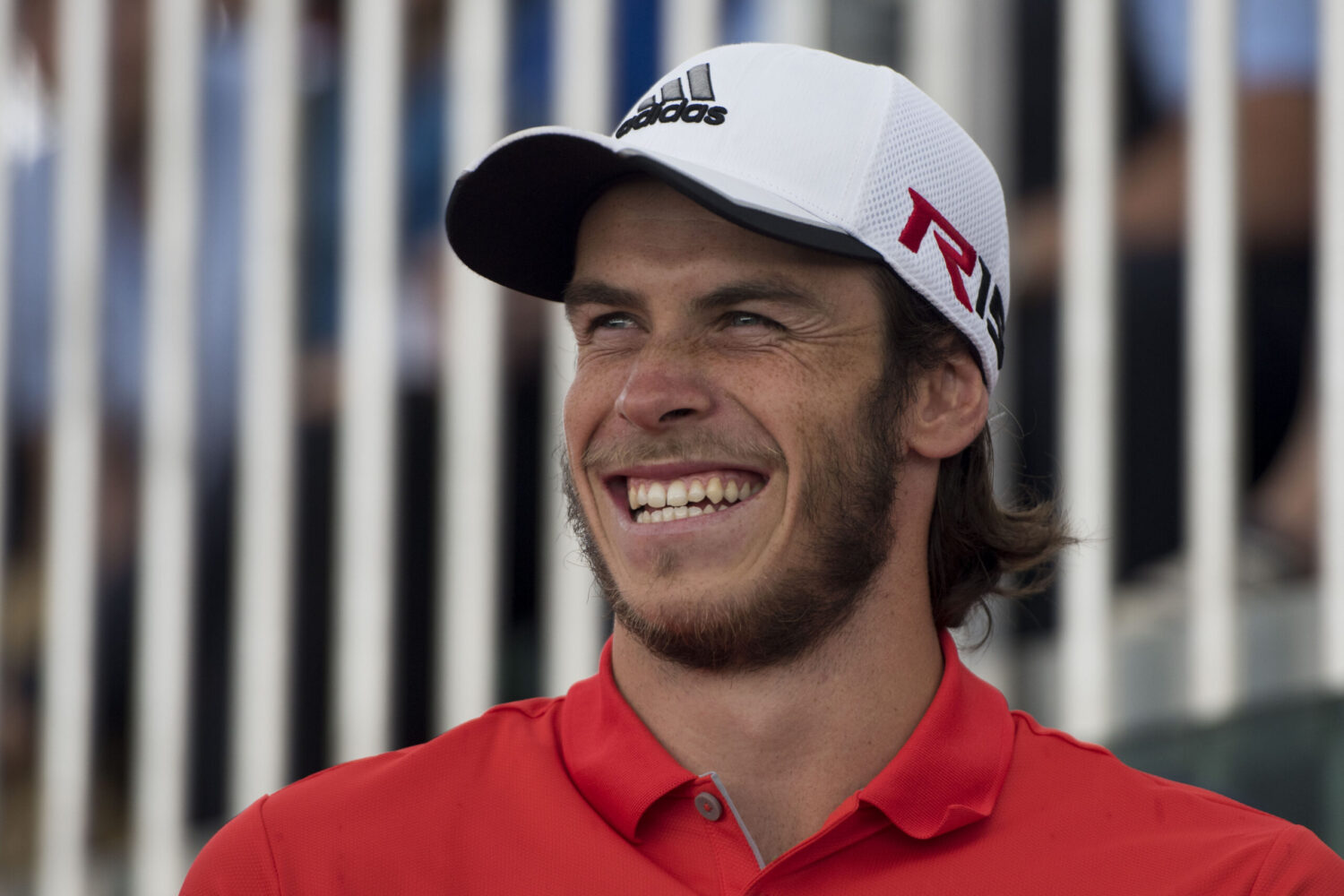 Gareth Bale’s golfing exploits in Spain were so well-known the footballer even parodied himself in this season’s BT Sport promo – and now his club Spurs have got in on the act, setting up golf holes around the training ground.

Well, that’s according to Sergio Reguilon, who arrived, along with Bale, from Real Madrid at the end of the transfer window.

Bale’s time in Madrid was a largely unhappy one despite his 105 goals and 11 major trophies for and with the side.

Boss Zinedine Zidane expressed his desire to have Bale gone throughout his time there, and soon Bale wound up more on the sunny golf courses than on a football pitch.

But Reguillon said that Bale appears to be settling in well back at Spurs, and that, in a strange measure to bed Bale back in, the club have put in golf holes at the training ground.

The Spainard said to the Press Association: “He’s very happy and I see him in a different light. He seems happier with the habits here.

“What did surprise me is that they’ve created golf holes for him at the training centre.

“They are only short holes but I couldn’t believe it.”

The quote sent social media into a frenzy for a short while – but a Football.London correspondent clarified what probably happened, putting a bit of a downer on things but at least offering a much-needed dose of reality.

Reguillon also bigged up his teammate, owing to the accusation from some corners (looking at you, Madrid fans) that Bale did poorly with Los Blancos.

The full-back said: “He didn’t do badly at Real Madrid and I’ve no idea if he’ll go back.”

“The language and communication are everything to him. His Spanish is good, well, it’s like my English.”

The defender made only 22 appearances for the Real first team and spent most of his time on loan to Sevilla. But he said that he’s enjoying his time living in London, even working under Jose Mourinho.

He said to Spanish radio show El Larguero (SER): “He (Mourinho) is very good, great, I like this type of intense head coach.

“As is the case with all managers, he gets annoyed when we don’t win but he’s really close to the players.”

On Madrid manager Zinedine Zidane, Reguilon added: “I didn’t really speak with him, it was more with representatives from the club. I knew how the valued my work but I had to make the decision.

As for Bale, his feature against West Ham didn’t go to plan – from 3-0 up the Lilywhites drew 3-3 after he came on – but against Brighton, the 31-year-old came off the bench to head home and give Spurs a 2-1 victory.

A golf in class.