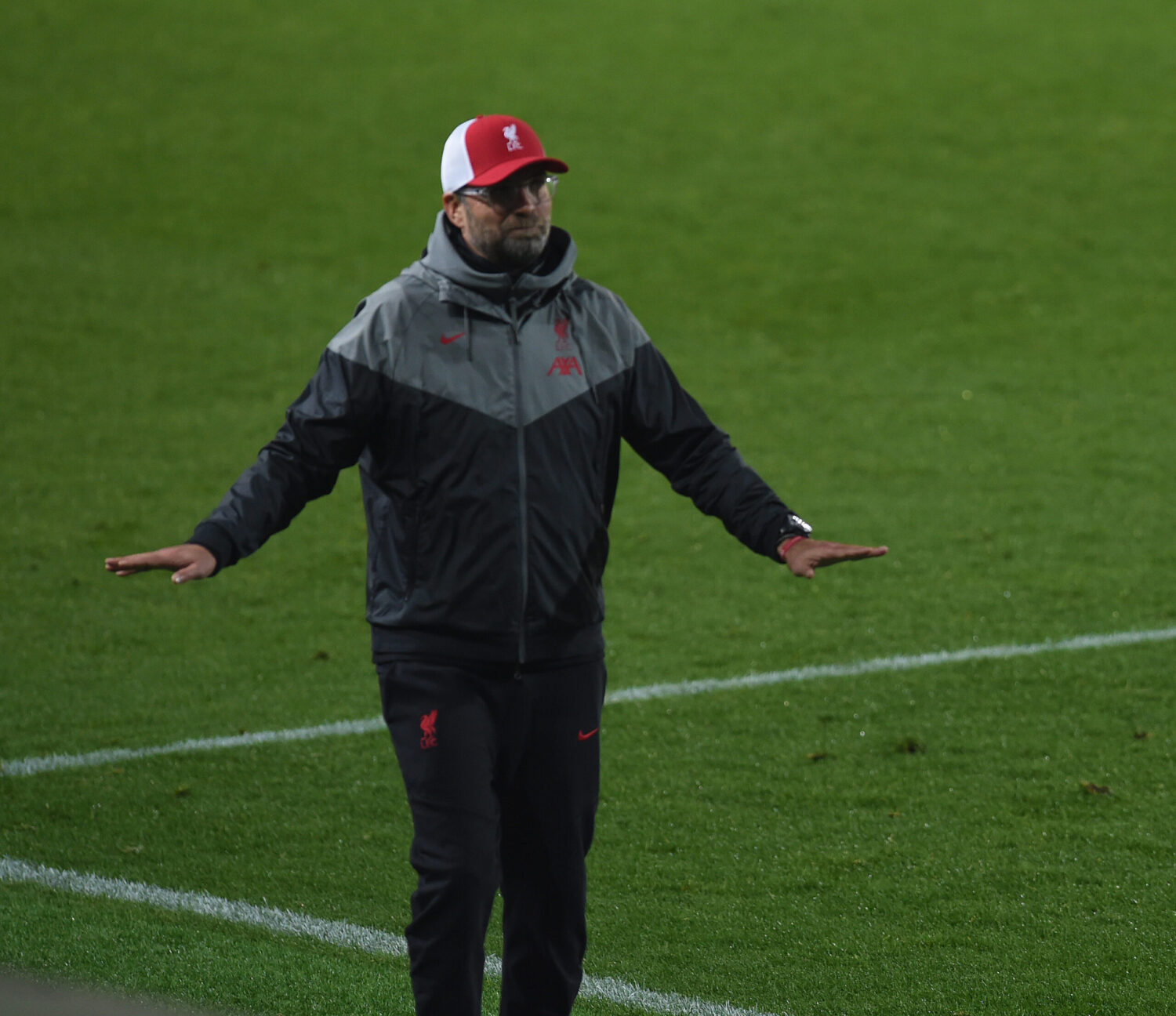 The lack of crowd at stadiums has meant that other pieces of audio can be picked up more clearly – and this delivers some moments of absolute gold.

In Liverpool’s 5-0 battering of Atalanta in the Champions League, Jurgen Klopp was heard complaining to the fourth official when Johan Mojica dropped to the floor holding his nose.

On live TV he could be heard saying after the referee blew the whistle for a foul, “Are you serious!? I broke my nose five times, it was not one time a foul.”

The clip was widely shared on social media, much to the amusement of supporters.

Liverpool indeed ran out 5-0 winners against last season’s third-place finishers in Serie A.

It was suspected to be a tough contest for Klopp’s men in Bergamo, but Atalanta have seen a bit of a drop in form of late, losing to Sampdoria and Napoli in the league, and were without some key players.

The loss sees them drop vital goal difference in the Champions League, where they sit in third place, joint on points with Ajax.

Not only are they back to winning ways, new man Diogo Jota’s hat-trick means the normally favoured Robert Firmino could be dropped from their upcoming clash against Man City.

The Portuguese struck some lovely goals in Italy after making a full start for the Reds – the 23-year-old has now made it seven goals in ten games, averaging a goal every 71.4 minutes.

His tally after 10 games for Liverpool betters every Reds player since in Robbie Fowler.

And in comparison to Firmino, the striker is miles ahead in the goal-scoring department: He’s scored more than the Brazil international despite playing 1,930 minutes less than him. Yikes.

Some might say Firmino benefits the whole team more, that he’s able to pull the strings and can tackle on the front line – but most would rather see Liverpool bagging more goals,, especially in Europe, where they are yet to even concede a goal. (This is bizarrely in lieu of the fact they so far this season have the worst defensive record in the Premier League, letting in 15).

The conundrum will be giving Klopp a headache in terms of decision, but Liverpool fans are certainly making it known who they’d rather start.