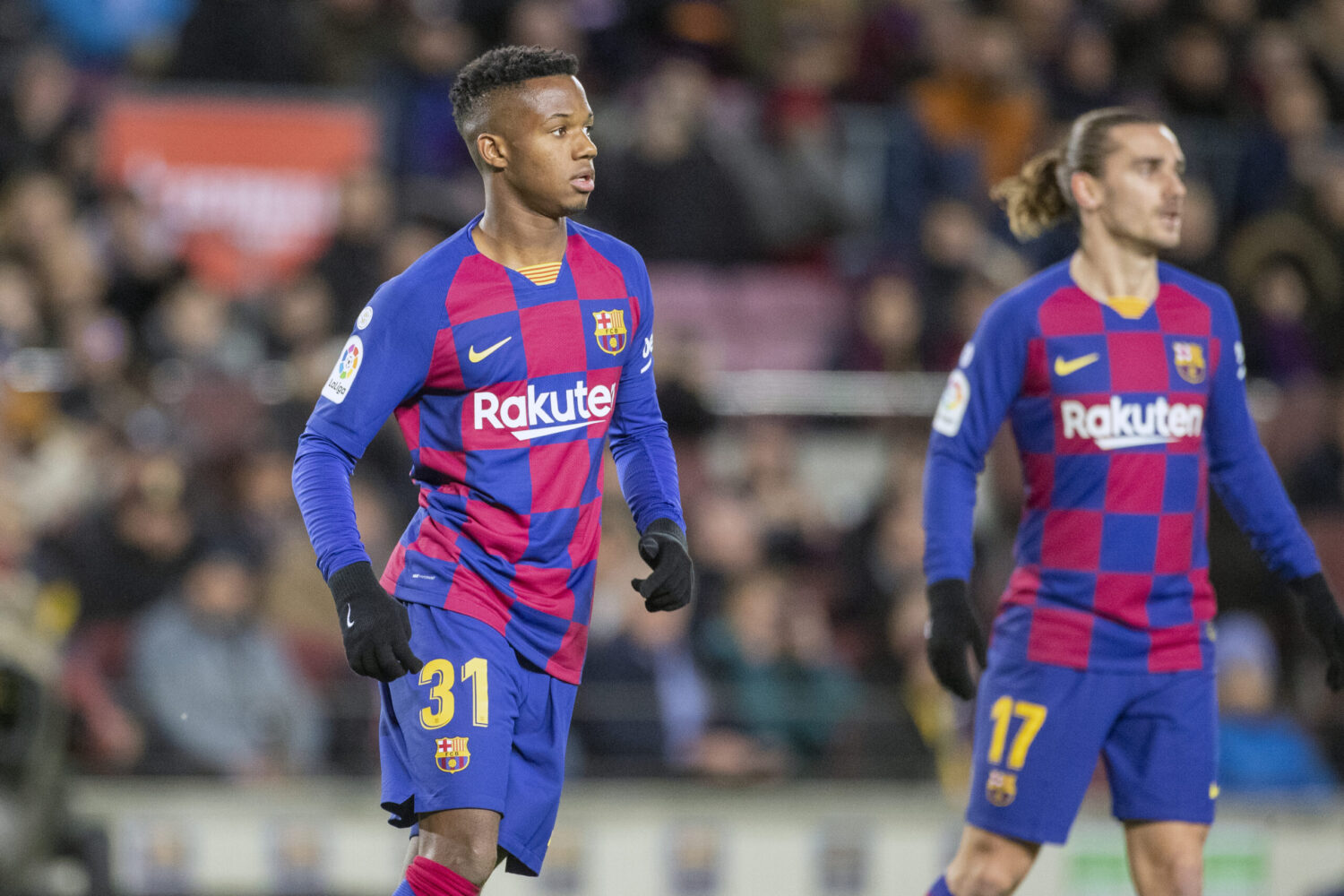 Sadly we’re all too aware that racism is still a very real problem around the globe and in football.

That was displayed again in a Spanish match report which brazenly made disgusting remarks about Barcelona teenager, Ansu Fati.

After the youngster put in another impressive performance, netting in his side’s 5-1 victory over Ferencvaros in the Champions League, a report in ABC compared Fati to ‘black street vendors who evade the police’.

“Ansu was close to scoring with a kick of a pure striker, perfectly turning his body. Ansu when running has something similar to a gazelle, he looks like a young and black street seller, the one you could see running in the Paseo de Gracia shouting “water, water” when the policemen arrive,” the report read.

“Postcards of a jungle in the heart of the city. Now it doesn’t happen anymore because of Ada Colau, the delinquents are the policemen and not the street sellers, who don’t need to run away quickly anymore. It is true that without tourists, their business goes down.”

Antoine Griezmann picked up on the article about his teammate, taking to Twitter to condemn the racist language used.

“Ansu is an exceptional kid who deserves respect like any human being. No to racism and no to bad education.” He wrote.

Reports now suggest the club are ready to take the publication and journalist behind the story, to court over the report.

Following the backlash, an author’s note has been added to the article which reads: “In this chronicle, in my desire to praise the beauty of Ansu’s movements, and his class as a very young player, some expressions were taken as a racist contempt. Nothing is further from my intention, nor from my opinion, very favorable to the player as I have expressed in all my reports since he debuted. I am deeply sorry for the misunderstanding and I apologize to anyone who may have been offended.”