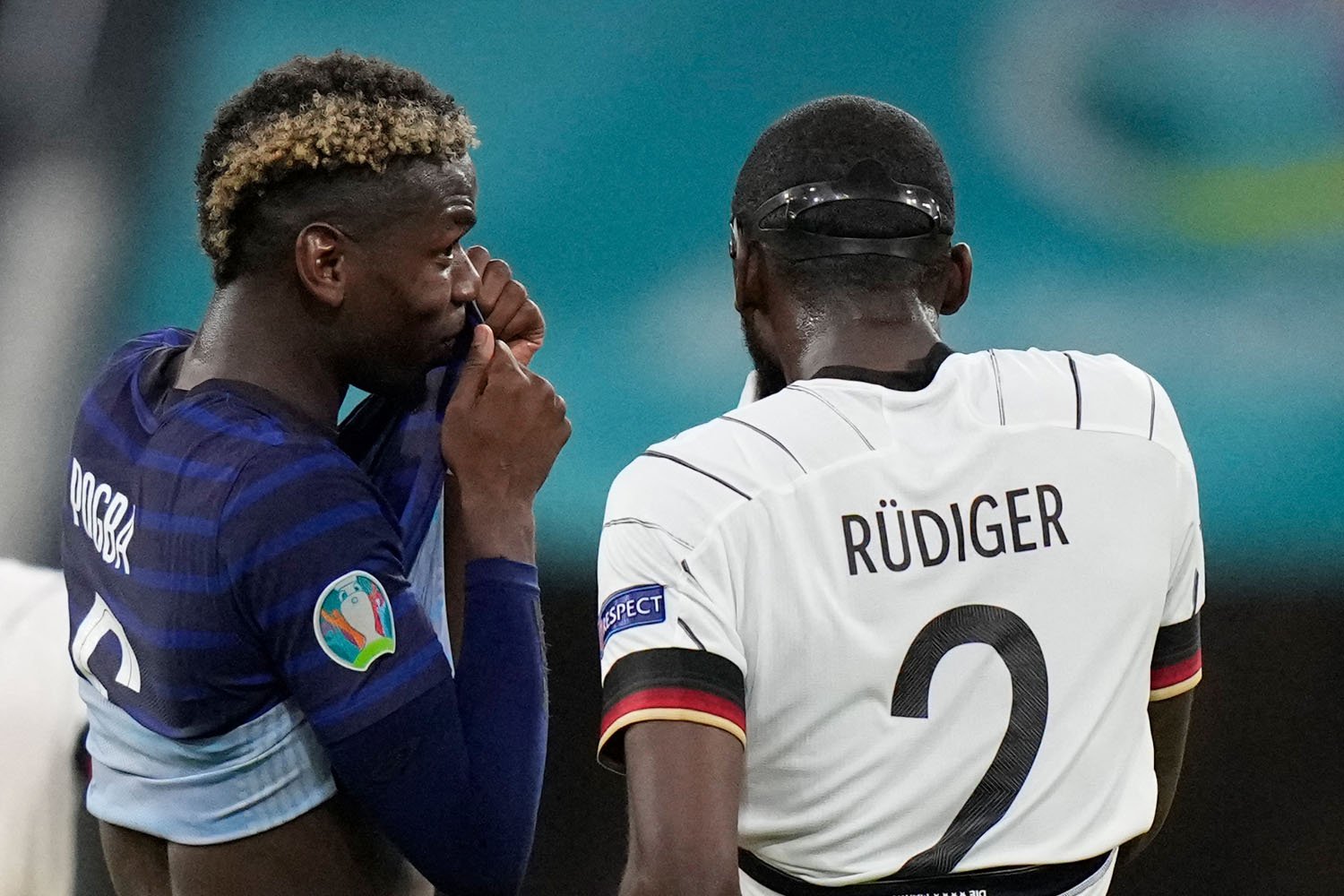 Antonio Rudiger has given his side of events regarding the alleged biting incident with Paul Pogba last night.

While France may have beaten Germany 1-0 in their Euro 2020 opener on Tuesday, one of the biggest stories coming out of the game was actually Rudiger’s clash with Pogba.

The two Premier League stars had an altercation that was captured by TV cameras and in it, Rudiger seemed to try and bite Pogba on the back.

Pogba himself was asked about this after the full time whistle blew and appeared to confirm there was a “nibble” involved.

“I’m not crying for cards, yellow, red cards because of such actions.” He explained.

“He nibbled, I think, a little bit on me. But we have known each other for a long time.

Pogba continued: “I told the referee and he takes decisions and he took a decision. It’s over. It was a great match for us, and I didn’t want him to be suspended because of such a situation.”

Pogba and Rudiger hug it out after the game ? pic.twitter.com/lnuVlrBZrG

“It was towards the end of the match. We hugged each other and that’s it.”

Now, Rudiger has provided fans with his version of what went down in Munich.

“I should not come close with my mouth to his back, no doubt about it. It looks unfortunate,” Rudiger said.

“Paul and I have talked about it as friends after the final whistle.

“And he stated in our little talk and talking to the press that it was no bite, as some viewers first thought it was. Even during the match, the ref told me that he would have punished me if he thought that it was violent conduct.”

Rudiger will hope to feature again for the Germans when they play Portugal on Saturday as they attempt to get their Euros campaign back on track.