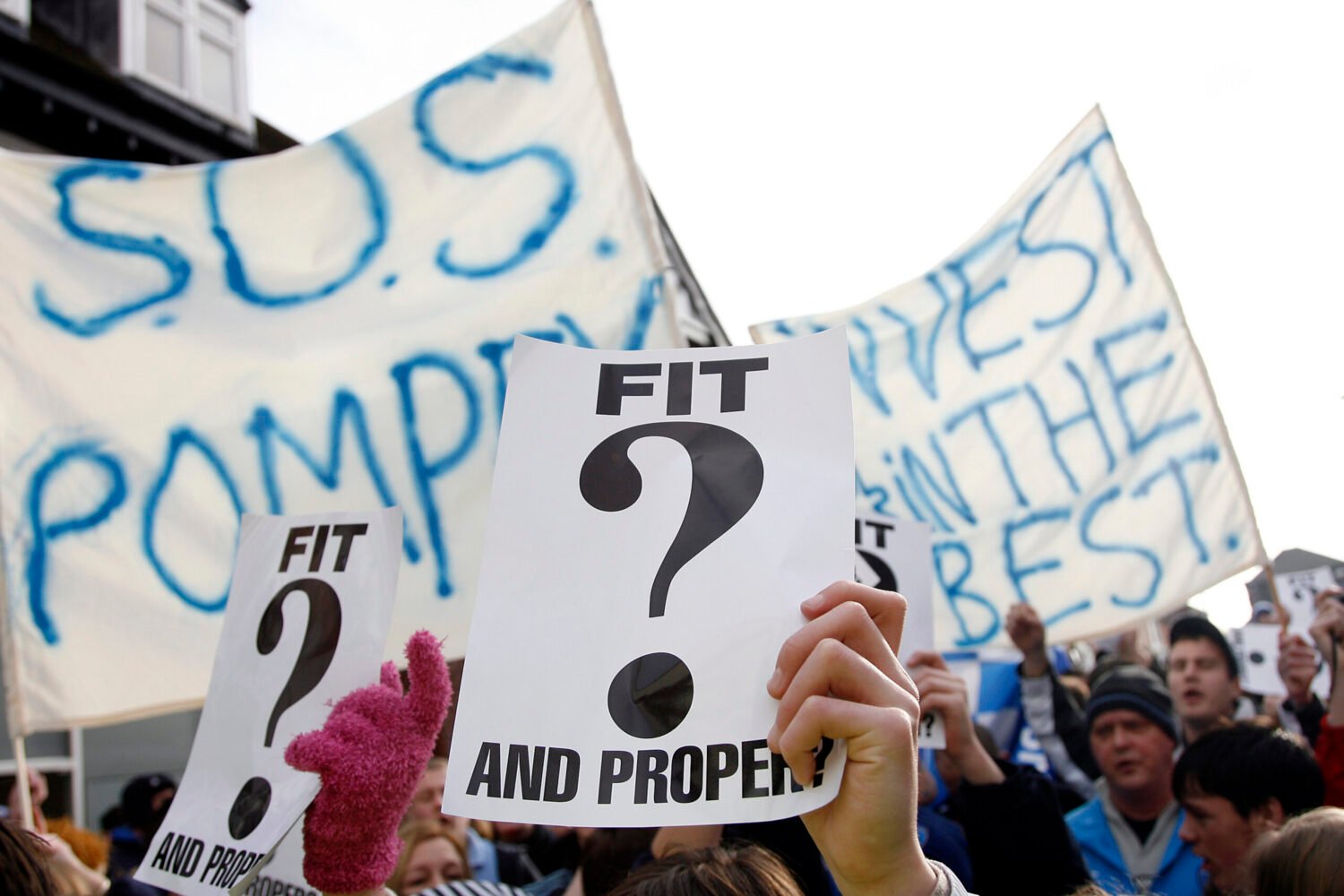 Portsmouth’s experience in terrible ownership tops most; arms dealers, loan sharks and a general array of extremely questionable characters all played a part in an incredibly dark period for the club.

In the latest episode of Football Uncovered, Sporting Intelligence’s Nick Harris offers more untold stories of what went on behind-the-scenes in the sheer chaos.

The real troubles began in 2006, when Sacha Gaydamak took over the club using family money, much of which had come from his father Arcadi Gaydamak who in 2008 was being investigated for arms trafficking, among other things.

Unsurprisingly, Arcadi had developed debts with the wrong people, who in-turn decided to seek repayment by taking over Portsmouth. Among these was the mysterious Ali al Faraj, who was never actually seen throughout this whole process.

Inevitably the club did wind up in the hands of Faraj’s entourage, via a company called Falcondrone – which was being funded by Chainrai company, Portpin. Essentially all involved were trying to gain control of whatever assets the club had, to recoup the money they lost from Arcadi.

2010 saw Pompey placed into administration, leading a mad scramble by all involved to try and take what they could. Ali al Faraj never did have anything to do with Pompey. The people who ran Pompey during this period were Balram Chainrai, Levi Kushnir, Yoram Yossifoff and Daniel Azougy. None of them joined the board, but all acted as shadow directors.

Chainrai took control of the administration process, selling to another Russian, Vladimir Antonov, who it turned out was subject to a Europe-wide arrest warrant for alleged asset-stripping of a Lithuanian bank.

Then came another administration, before the Supporters Trust took over.

The years that followed saw the club tumble from FA cup glory, dropping down to League Two, along with manager Harry Redknapp appearing in court over tax evasion, along with a £16m betting sting investigation over his appointment.

All of the above barely scratches the surface of what went on in Portsmouth’s ownership tug-of-war, for a more in-depth glimpse into the pantomime, listen to this week’s episode of now.