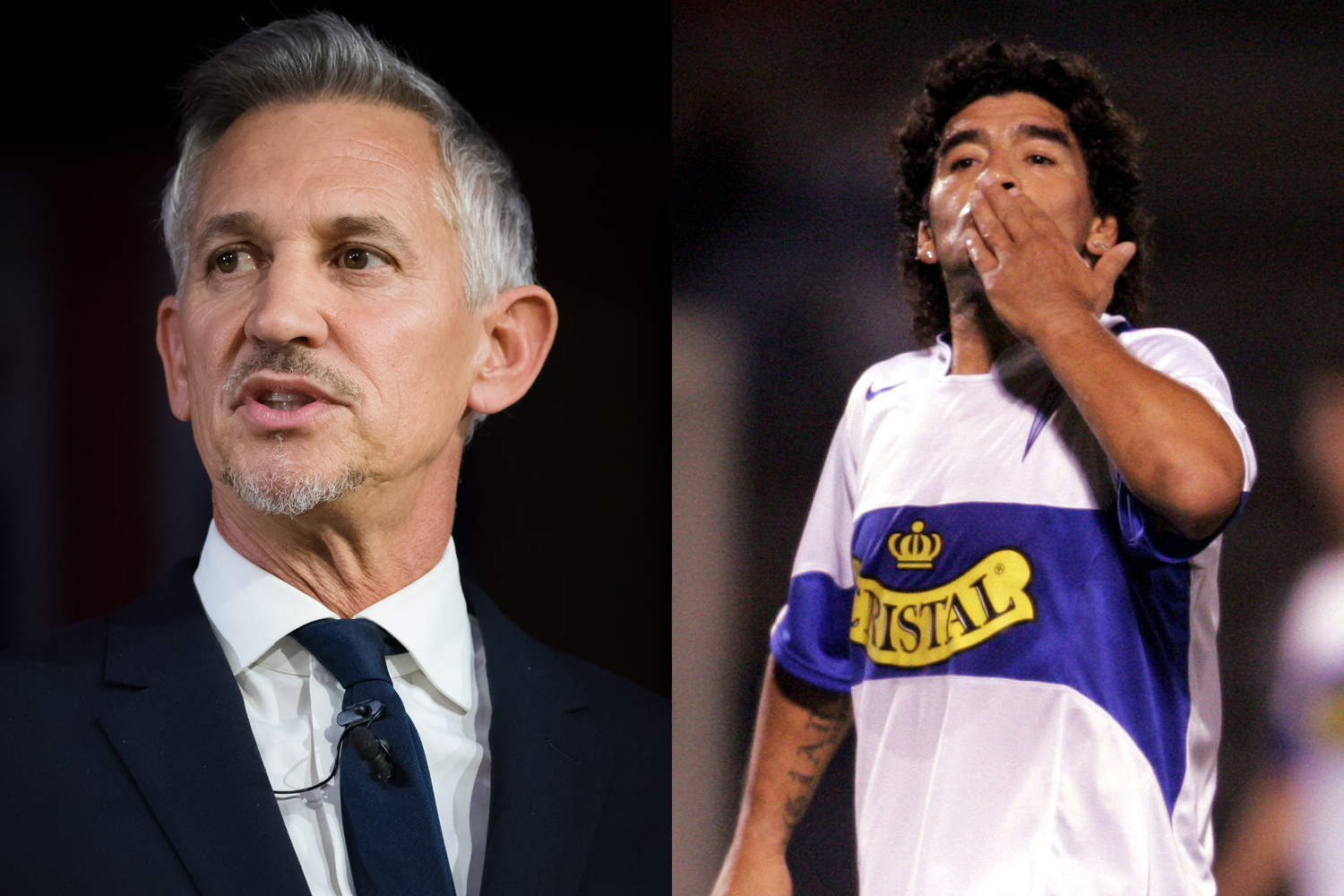 Today the sporting world tries to come to terms with losing not only one of the game’s greatest ever talents, but an icon who transcended far beyond the sport alone.

Maradona became a symbol of hope for so many, particularly for those in Argentina and Naples, he was so much more.

The two had faced off in the 1986 World Cup and were also part of the same lineup during a one-off Wembley game which saw a rest-of-the-world side take on an English league team.

Always a delight to be in his company. ?? https://t.co/SfTo8SLqlR

Linekar explained that despite game featuring some of the greatest talents from around the world, it was Maradona that everyone was in awe of.

“All the players – there was people like [Michel] Platini on the pitch, lots of great players from around the world – and everyone was totally in awe of him,

“The first thing he did was in the dressing room, he sat there; just a pair of shorts. And you know you roll your socks up [into a ball]? He did that and just juggled them on his left foot for about five minutes.”

"He had such an incredible passion for the game."

"I've never seen anyone have such a beautiful affection with a football."

And a lovely story that sums up his genius ❤️ pic.twitter.com/ztAhYyNFIs

The host also spoke about his genuine passion for the game, and how the affection he had for the football was like nothing he’d ever seen.

Linekar went on to share the story of a mesmerising bit of skill the Argentine produced.

“He did something that was incredible, one of the most unbelievable things I’ve ever seen on a football pitch.

“He juggled the ball all the way out to the centre circle and then he went ‘bang!’ and he whacked it as high as he possibly could and he waited.

“And it came down. Then he went ‘bang!’ and did it again. He did it 13 times and the most he ever did was walk three paces to it.”

“All of us were sitting there going ‘that’s impossible!’

“I remember going to training the next day at Barcelona. We all tried it and the best anyone did was three and they were running for the third one.

“I’ve never seen anyone have such a beautiful affection with a football.”