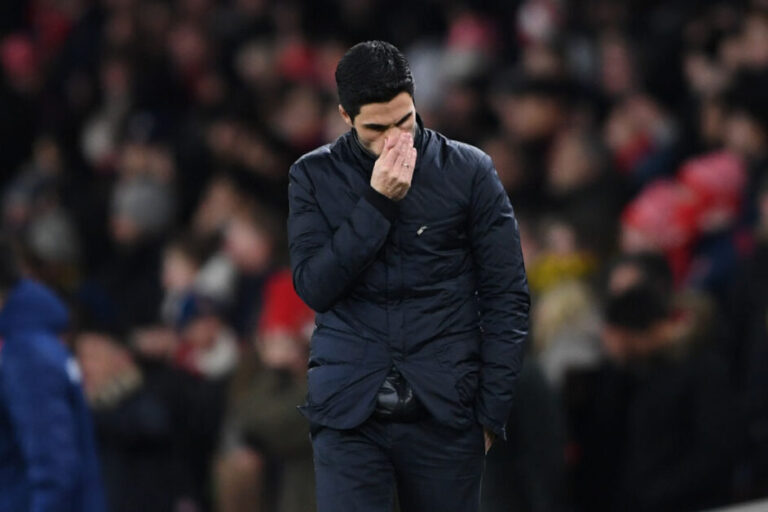 Amazon’s All or Nothing documentary series will have a new Premier League entry this season, with Arsenal being the chosen club.

With its fly-on-the-wall style, the docuseries has been massively successful in the past. It debuted in 2018 with a Manchester City season that brought football fans closer to stars like Pep Guardiola and Sergio Aguero.

Arsenal agreed to a deal with Amazon for a series focusing on the current campaign. Although there is no release date yet, it will air at some point in 2022.

These documentaries give fans a rare chance to see their heroes behind the scenes. There are no middlemen or journalists involved – just football stars acting naturally.

Arsenal’s current campaign will provide good material for the filmmakers.

The Gunners are currently fifth in the Premier League table. They’re only two points behind West Ham, who hold the fourth position. However, Arsenal have played only 20 games for the Hammers’ 22.

In conclusion, the Gunners have a decent shot at making the top four for the first time in years. Arteta’s side has proved solid on the pitch but difficult off it. His players have stolen headlines several times with personal drama.

On December 14, Pierre-Emerick Aubameyang was stripped off the captain armband following a disciplinary breach. Now, more controversy has followed.

Will Arsenal: All or Nothing feature betting investigation?

It seems like Arsenal fans just can’t take a break.

First of all, it’s important to point out that a formal inspection has not taken place yet. However, the FA is expected to take things further in the next few days.

Just when things were going well, the investigation might hang a cloud over Arsenal.

Even though the formal investigation hasn’t started yet, fans have already taken to social media to stir controversy.

Moreover, Twitter users are doing Amazon’s PR work for free, wondering whether the FA investigation will be covered during Arsenal’s All or Nothing series.

As Kieran Trippier knows, breaches of betting rules constitute a serious offence. Because of that, the punishment is often severe.

In 2020, the FA charged him with a violation of betting rules.

Similarly, former Tottenham player Andros Townsend had to spend 12 months off the pitch following a violation of betting rules.