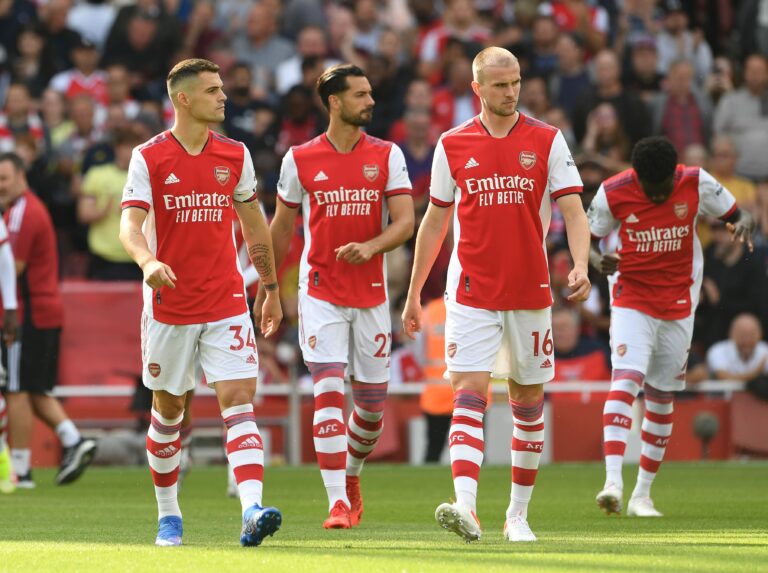 Arsenal‘s 2-0 defeat to Chelsea at the Emirates Stadium yesterday meant they had failed to pick up a point from their opening two games of the Premier League season – setting an unwanted record in the process.

The Gunners opened up their campaign with a disappointing 2-0 defeat at newly-promoted Brentford.

Mikel Arteta‘s side – who were missing a number of key players due to positive Covid-19 tests and injury – were then outclassed by Chelsea on Sunday, with Romelu Lukaku and Reece James getting on the scoresheet for the Blues.

Lukaku was voted as man of the match, with Arsenal’s defence unable to deal with his attacking threat and hold-up play.

In losing both games, Arsenal opened the season with no goals and two defeats for the first time in their 118 campaigns in England’s top four tiers.

They are one of five teams yet to pick up a point in this season’s Premier League, and sit 19th in the table by virtue of goal difference.

Arsenal are next in action on August 28 when they take on reigning champions Manchester City.

Thomas Partey, Gabriel and Eddie Nketiah are all recovering from injuries.

In addition, new signing Martin Odegaard was not cleared to play due to visa issues.

Pierre-Emerick Aubameyang tested positive last week and missed the Brentford game, but was fit enough to be included in the squad against Chelsea and came off the bench.

Arteta said after the game: “I don’t think the club in their history have faced something like this.

“We have to face the challenge. The league or table is not decided in August.

“The worst thing you can do is throw in the towel. We certainly are not going to do that.

“You have to understand the situation we have. We are missing nine players, and it is difficult. It is not just nine players – they are some big, big players.

“There are a lot of positives. Five players who are 19 and 20 years old playing at this level for the first time – that will have a positive impact but at the moment it is difficult.”