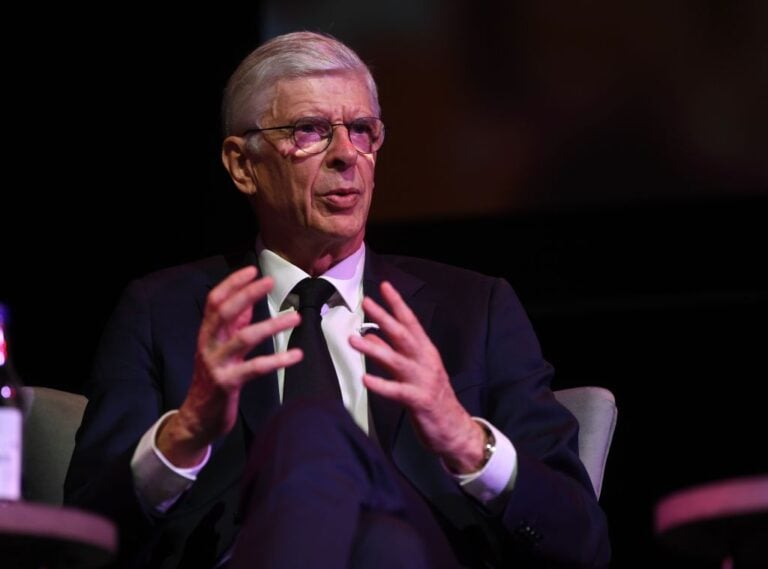 Former Arsenal manager Arsene Wenger has elaborated on why he has never made his return to the Emirates Stadium since leaving the club.

The Frenchman spent almost two decades with The Gunners. During that period, he cemented himself among the greatest managers of all time.

He guided them to FA Cup success on seven different occasions and helped the side secure three Premier League titles. Most iconically, in 2003/04, his coaching prowess saw ‘The Gunners’ achieve ‘Invincibles’ status by winning the top flight title without losing a single game. They became the second English club team in history to do this, after Preston North End in 1888.

As Arsenal moved into the Emirates Stadium, Wenger’s job was more of a challenging one, with the Frenchman’s main remit to guide the side to consistent Champions League qualification on a low budget, But in 2018, with the Gunners struggling to meet that target for the second season in a row, the board made the tough call to relieve him of his duties.

And with that, his spell as the longest-serving manager in the history of England’s top flight came to an end. Consequently, the 70-year-old was left heartbroken.

Speaking on beIN Sports in 2020, Wenger said: “Would I return to the Emirates Stadium? I always said to myself that I would be leaving Arsenal completely. That’s the decision I made.”

Since his departure from the Emirates, Wenger has secured a new role as FIFA’s new chief of global football development. His job revolves around enhancing the growth of the game, and being a member of the Football and Technical Advisory panels involved in IFAB’s review. Therefore, he has a vital say on potential rule changes.

However, he still thinks about his old club, and recently opened up about why he hasn’t returned.

The football icon has utilised former Arsenal chairman David Dein’s book launch to elaborate on his decision to steer clear of the Emirates Stadium.

He said: “I haven’t been there. I think after 22 years, I had arrived at the end of the road, and people wanted a change. Then I must say, I was always loyal to the club, and turned many clubs down, because I felt my life was definitely linked to the club.

“The club chose a different direction, that I understand completely. And sometimes you need to change completely to have a new start and not me. My presence there could have been a problem. So I thought I’d stay away completely, and give the club a chance to rebuild a new connection with a new manager.

“That’s why I never talked about Arsenal. I never came back to Arsenal because I didn’t want to be a presence that is maybe not good for the club.”