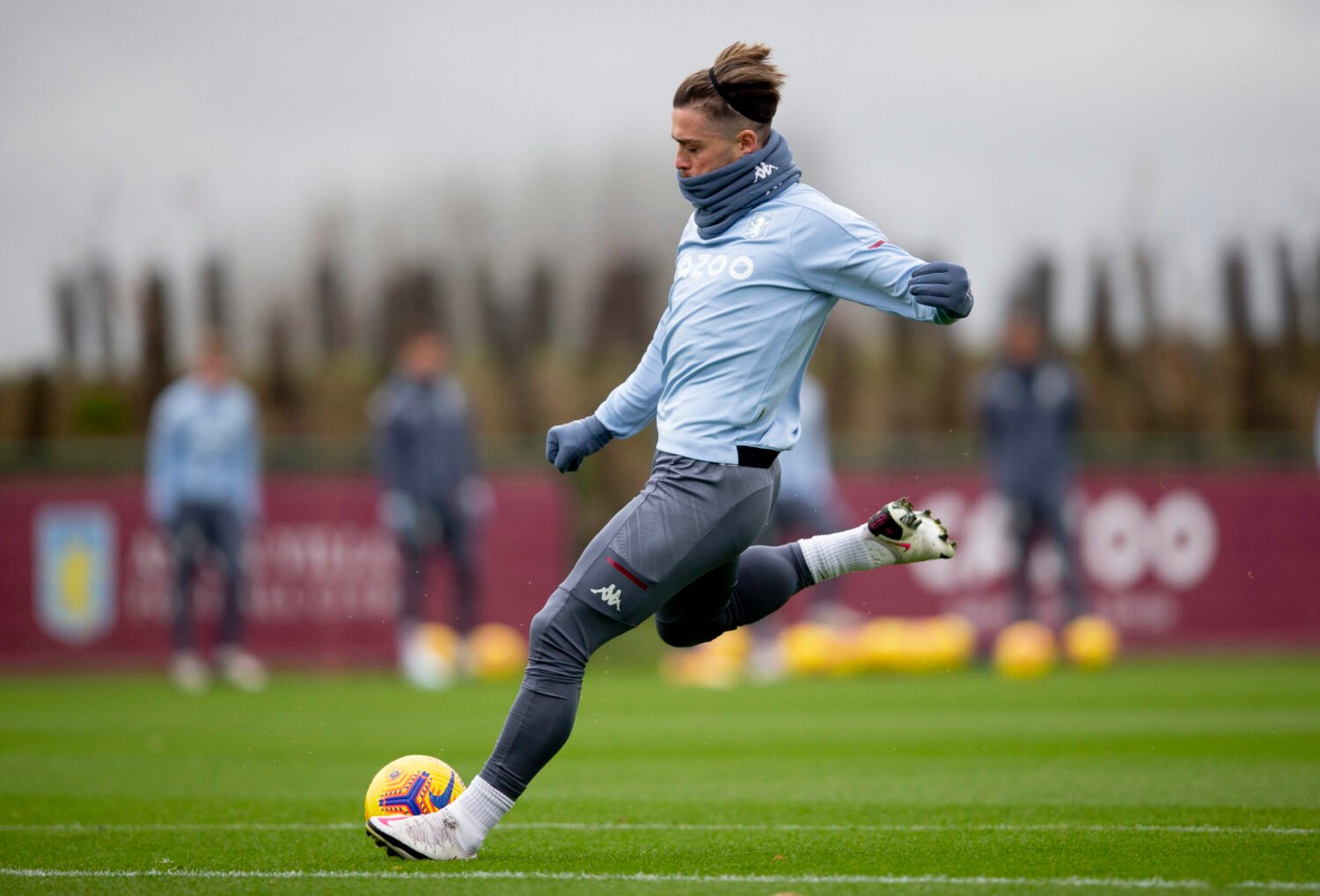 Jack Grealish has proved himself to be one of the most exciting talents in the Premier League over the last two seasons.

Last year he was vital in ensuring Aston Villa just about ensured Premier League survival, this year we’ve seen him truly flourish in a squad that has come on leaps and bounds from bottom of the table strugglers.

The 25-year-old has registered eight Premier League assists so far, as well as six goals across all competitions this campaign.

That ability to kickstart attacks from nothing situations has been well documented, leading to inevitable rumours that one of the big sides will look to splash the cash on him come the summer transfer window.

One aspect of his game that isn’t as well noted, are his free-kick capabilities.

However a 90-second training ground clip of him netting five perfectly struck dead balls has got us wondering if it’s time for him to take full control over those situations in games.

Jack Grealish sinking free kicks for a minute and a half.

If he adds direct free kicks to his game, he's the most complete player in the league. pic.twitter.com/rgusLY1VUl

We’re well aware that a training ground drill doesn’t come close to the pressures of the Premier League. It doesn’t make it any less satisfying to watch though.

Manchester United, as is so often the case, are the club reportedly most interested in securing the signature of Grealish. However the England international did sign a new contract with Villa last year, which runs until 2025.

That means any attempt to lure the midfielder to Old Trafford would likely require a hefty sum, which in COVID times, may be a big ask.