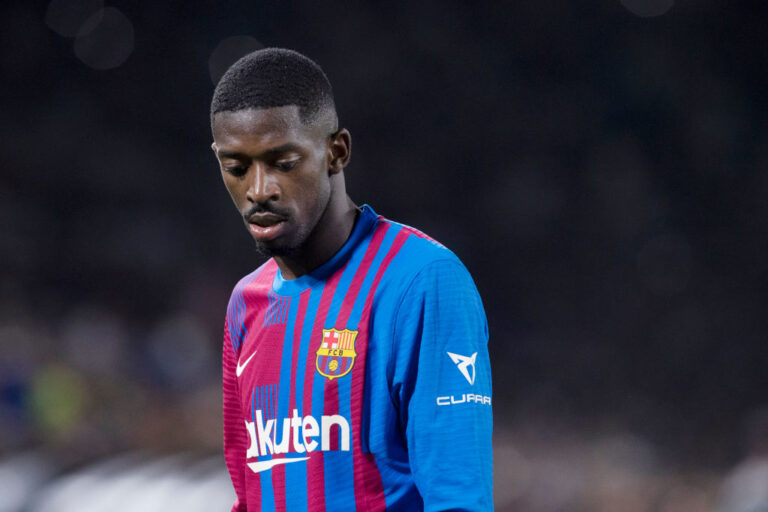 Barcelona are executing a bold negotiating strategy in their contract talks with Ousmane Dembele. The French winger cost the club an initial €105 million in 2017, but his contract expires at the end of June 2022.

The two parties have discussed a renewal for the past year, but neither is willing to agree to the other’s terms. The financial troubles Barca encountered in recent seasons led to them asking players to take pay cuts. Their initial renewal offers to Dembele came from this mindset. However, they didn’t match the player’s valuation of himself.

Dembele’s hand was strengthened by his form in the second half of the season. Although he has struggled with injuries for much of his time at Barcelona, his ability and potential when fully fit are no secret. Dembele showcased this under Xavi’s guidance. The pair helped Barcelona to a second-place finish in La Liga.

The Frenchman topped the league assist chart by creating 13 goals in only 21 appearances. Real Madrid forward Karim Benzema was in second place.

Ideally, Dembele’s representatives would have been able to use a rival offer as leverage to get better terms from Barcelona. Unfortunately for the player, that strategy hasn’t gone well. Likely due to his injury history, clubs are hesitant to offer huge wages. Reports claim that Dembele has spoken with Chelsea about the possibility of a move to London.

According to Marta Ramon Gorina of RAC 1, Barcelona offered another contract to Dembele this week. The twist? It was lower than the one made in December.

The club believe that Dembele wants to stay. Yet it remains to be seen whether this lower offer will satisfy the player or provoke him to leave.