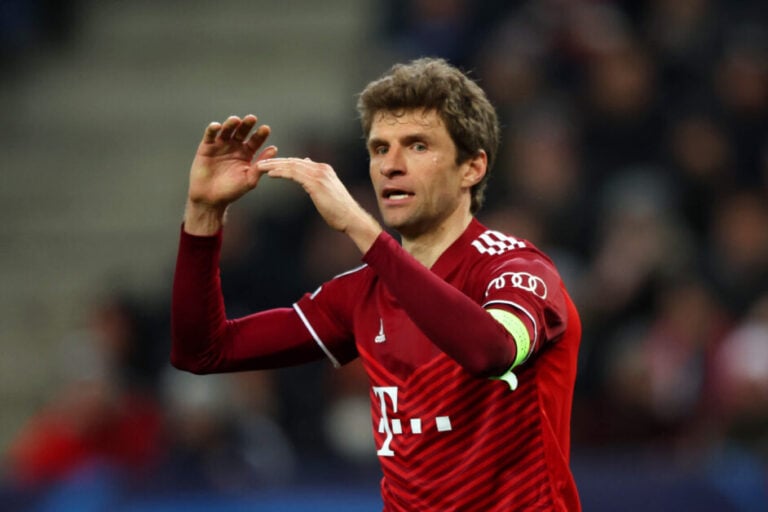 Bayern Munich rescued a draw away at Salzburg in the Champions League last night.

The German champions found themselves behind early on. Chukubuike Adamu gave Salzburg the lead, impressively curling the ball home after good build-up play from Karim Adeyemi.

In an entertaining game, there were chances at both ends. Salzburg nearly doubled their lead in the second half, with Benjamin Pavard producing a goal-line block to save the visitors.

However, Bayern stayed strong and still managed to dominate possession. Their relentless pressure was finally rewarded in the last minute as Kingsley Coman slotted home from close range. Despite a spirited effort from the Austrian side, losing a lead heading to the second leg in Bavaria will frustrate Salzburg.

Bayern nearly stole victory in injury time, which would have been a heartbreaker for the home side. However, the Bundesliga leaders were left fuming after a controversial refereeing decision denied them the opportunity of a winner.

Deep into injury time, Bayern Munich were piling on the pressure. A cross came into the box, which Salzburg keeper Philipp Kohn attempted to punch clear. However, the keeper had Muller in front of him, not trying to contest for the ball.

Despite Thomas Muller not attempting to get to the cross – standing still in fact – the referee decided that the German had obstructed the keeper and immediately blew his whistle.

The referee’s immediate free-kick award denied Leroy Sane the chance to slot the ball home into the net, as the keeper had not managed to clear the cross.

This also denied the chance of checking the incident with VAR, despite it being a dubious foul.

Julian Nagelsmann was not impressed by the decision. Speaking in a post-match interview, he believed it wasn’t a foul, and that play should have continued. He says this would have left the decision to VAR instead, allowing the possibility of a winner for Bayern.

“The referee tells me that was a wrong whistle!” he fumed.

The Bayern boss could not see why the decision wasn’t delayed for the potential VAR check instead: “I ask why we have this VAR.

“You let it [the play] continue, then see if Leroy shoots the ball into the goal. If it was a foul, you take the goal back.”

It is clear that the German thought the referee was trigger happy with his whistle.

“You could have waited here! There was 100% a chance to score. An incredibly bad decision.”

The decision cost Bayern the chance at taking a lead back home to the Allianz Arena. The Bavarian side will still be heavy favourites to book their place in the Champions League quarter-finals despite the controversy.