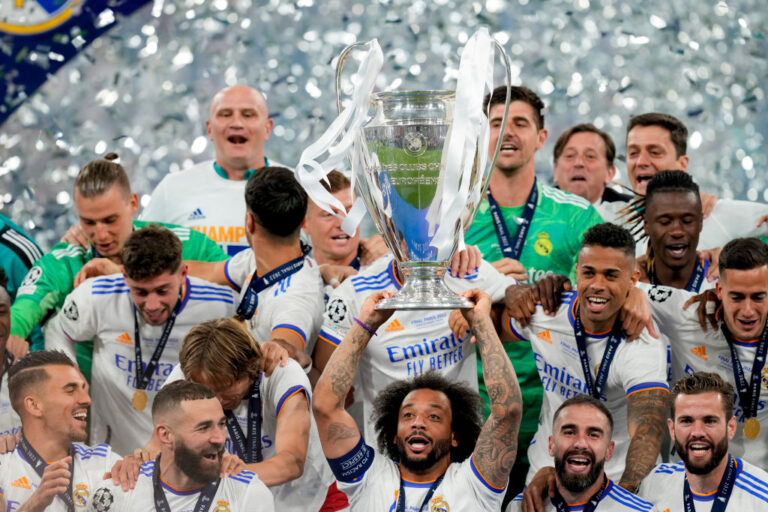 BBC will broadcast the Champions League for the first time from the 2024/25 season.

The channel will show highlights from European football’s biggest continental cup competition as part of a new three-year deal secured alongside UEFA.

Champions League coverage was last on free-to-air TV (excluding finals shown by BT Sport) in 2015. ITV had the rights to show European football. Their deal ended with the 2015 Champions League Final between Barcelona and Juventus.

As part of the new deal, highlights will be available on BBC iPlayer and the BBC Sport app. Live radio commentary of matches will still be available via BBC Radio 5 Live.

Meanwhile, Amazon Prime will also show a select number of live Champions League matches. BT Sport will retain rights for the other matches.

The BBC said in a statement: “This package of highlights and digital content will allow football fans to follow the UEFA Champions League, wherever and however they like.

“The UEFA Champions League is a wonderful addition to our portfolio of football output on the BBC, and we can’t wait to get started in 2024.”

The Champions League will change to a new format from the 2024/25 season. Each team will play eight games over 10 matchdays, as opposed to the six-game group stage model that is currently in place.

All teams will play against each other across one table, with the sides ranked in the top eight going through to the next round. The other 16 teams will compete in play-off matches to determine who reaches the round of 16 stage.

The new format has received some criticism in relation to the ever-growing football calendar. UEFA did, however, drop plans to allocate two places based on the five-year club co-efficient ranking, which would have allowed previously successful clubs to quality based on past achievements, rather than their league standing in the previous season.