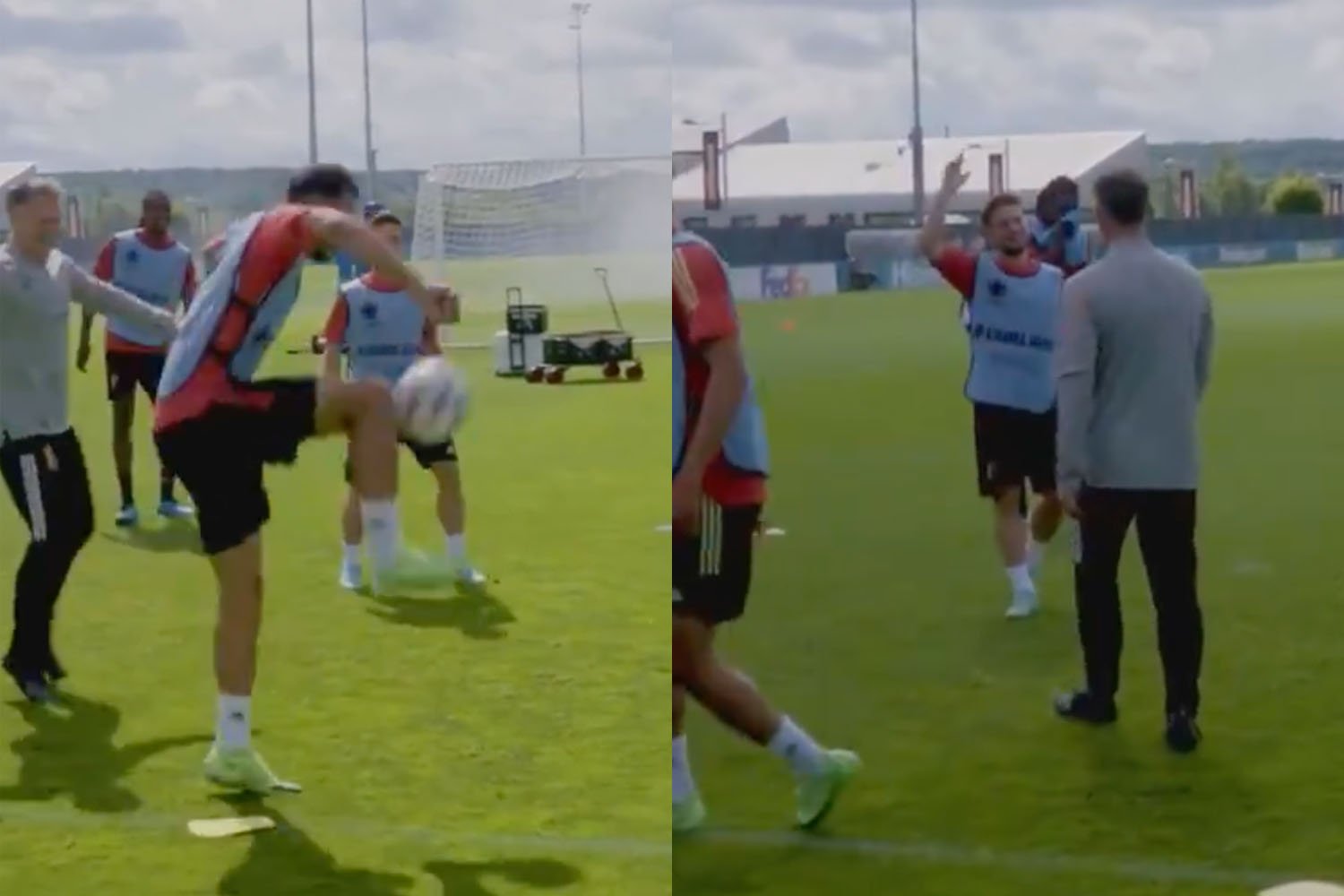 Dries Mertens was given the unfortunate role of being the player in the middle of a rondo exercise during Belgium training this morning.

Anyone who has done similar knows it isn’t the most enjoyable position to be in – and Mertens surely will feel the same.

That’s because, for over half a minute, he was reduced to a bystander as his team-mates passed the ball seamlessly between each other.

Things were then taken up a gear as the players involved took to attempting to keep the ball in the air.

It was a superb effort, and one that was only ended when Mertens closed down and intercepted the ball from Leander Dendoncker.

It was all good natured, and the players involved all shared a joke afterwards – with the 5ft 7in Mertens seemingly referencing his height in the aftermath.

Take a look below:

Belgium are one of only three teams, alongside Italy and Netherlands, to have an 100% record at Euro 2020 so far.

Roberto Martinez‘s side defeated Russia, Denmark and Finland on the way to topping Group B.

Mertens started their opening game of the tournament against Russia, and played the first half of the victory over Denmark before being replaced by the returning Kevin De Bruyne.

The forward came into the tournament having scored 10 goals for Napoli in all competitions this season – the ninth consecutive campaign he has hit double figures for the club.

The 34-year-old is also the club’s joint-record goalscorer in Serie A, having matched Antonio Vojak’s record of 102 goals back in April.

Mertens and Belgium take on Portugal in the last 16 of Euro 2020 on June 27 in Seville.