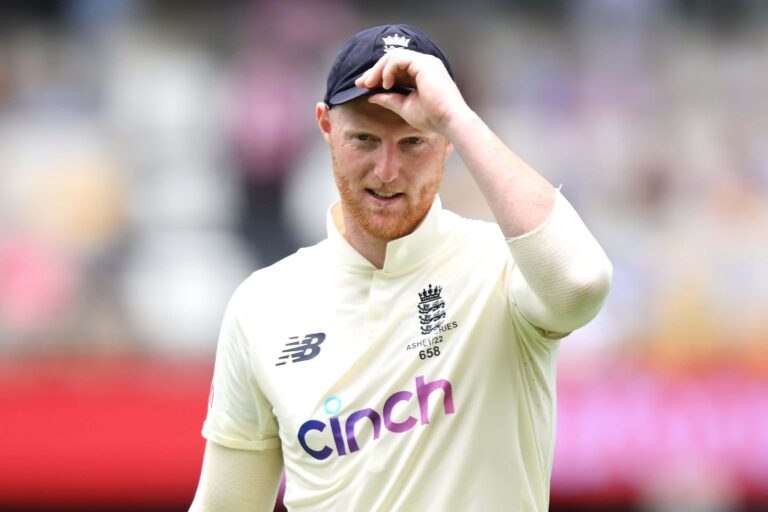 England are gearing up to attempt to avenge their loss to Australia in the first Test of the current Ashes series – and Ben Stokes certainly looks ready to go.

Joe Root’s side lost the first Test in Brisbane by nine wickets, despite winning the toss and electing to bat first.

The opening hour of day one could not have gone much worse for England. They were reduced to 21 for four by their opponents, and could only muster 147 all out.

In response, England’s bowlers generally performed well. They reduced Australia to 195 for five at one point, and looked like conceding a minimal first-innings lead.

England started strongly in their second innings, with Root and Dawid Malan putting on a third-wicket partnership of 162. But once Malan fell early on day four, wickets began to drop at regular intervals.

The touring outfit managed to scrape a lead of 20, and Australia raced to the target for the loss of Alex Carey.

England will have been working hard to ensure that they can put in a stronger performance during the day/night Test in Adelaide.

One major positive from the first Test, though, was the return of Ben Stokes. The Durham all-rounder hadn’t played in any form of competitive cricket since July after taking an indefinite break to prioritise his mental health and rest a broken finger.

Footage from Adelaide, posted by cricket journalist Will Macpherson, shows that the 30-year-old is as hostile as ever with the ball in hand.

He could be seen bowling a fierce bouncer which struck captain Joe Root on the helmet. Thankfully, the England star seems to be absolutely fine.

How can England bounce back in Adelaide?

England could reintroduce fast bowling pair Stuart Broad and James Anderson for the second Test of the Ashes series.

Anderson is England’s all-time leading wicket-taker at Test level, with 632 scalps. Broad, meanwhile, has 524. Despite this, neither bowler was selected in Brisbane.

Should both men return – and with the prospect of the moving pink ball under lights – the visiting attack should provide even more of a threat. That’s not to say the likes of Ollie Robinson and Mark Wood, who lined up in Brisbane, were not superb in the opening Test. Both were impressive.

One issue England must rectify is their top-order batting. Whilst Malan and Root played well in the second innings, to win an Ashes series requires those sort of high scores on a regular basis. Likely coming in at number five, Stokes could play a key role in that area as well.

When does the second Ashes Test begin? How can I watch?

Coverage of the second Ashes Test in the UK begins at 3am on December 16. BT Sport is showing all five days of the match.

Commentary will be provided by the team at host broadcaster Fox Sports, which includes Australia legends Adam Gilchrist, Shane Warne and Brett Lee.