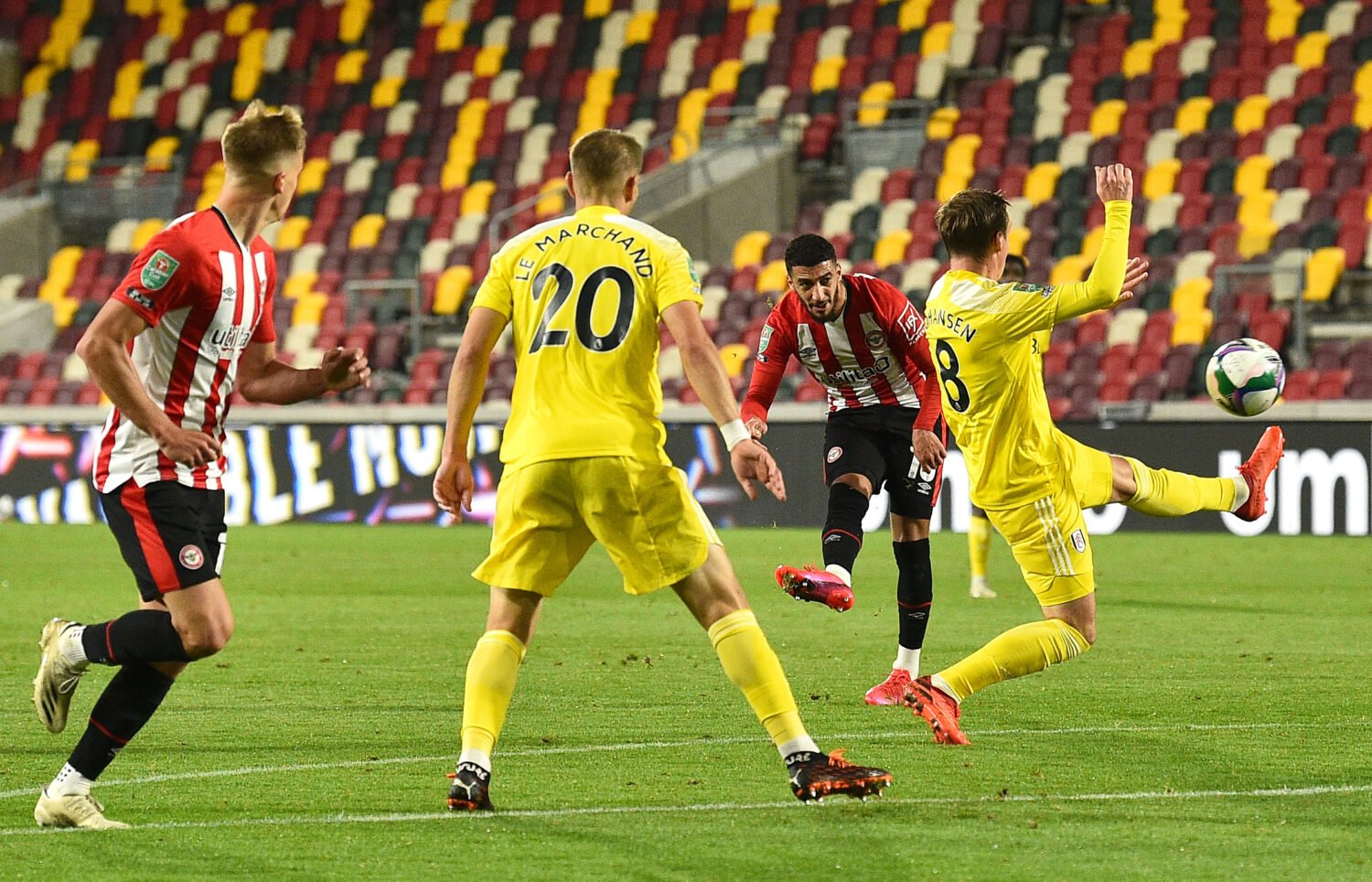 We can all probably agree that there’s something very special about Said Benrahma – and we would most definitely love to see him in the Premier League at some point.

If you weren’t aware of his capabilities before last night, he put them out there for all to see in his side’s 3-0 victory of Fulham in the Carabao Cup.

The Algerian bagged a double in the game, however it was his second that got everyone talking.

After seemingly miscontrolling the ball (we’ll let that slide), Benrhama nonchalantly flicked the ball back through Michael Hector’s legs before unleashing a long-range strike which was never going anywhere but the bottom corner.

The Brentford playmaker gets his second of the night and it is a beauty ⚽️ pic.twitter.com/MFLzLyvlQX

Right on cue, tons of onlookers were begging for the attacker to make it to the Premier League, sooner rather than later.

Benrahma just did that on TV ?? he needs to be in the premier league , to much quality

Said Benrahma, that was too much!

Benrahma’s still taking the piss out of defenders, I see…

Said Benrahma stop it. The man has a family ? pic.twitter.com/AVNE4vILjH

With the Brentford man already being linked with a move to a number of Premier League clubs, last night will have only done himself the world of good in that sense. Brentford might be a little worried mind you.

Is there a chance he could move before the transfer window closes, or will he spend one more season in the Championship?