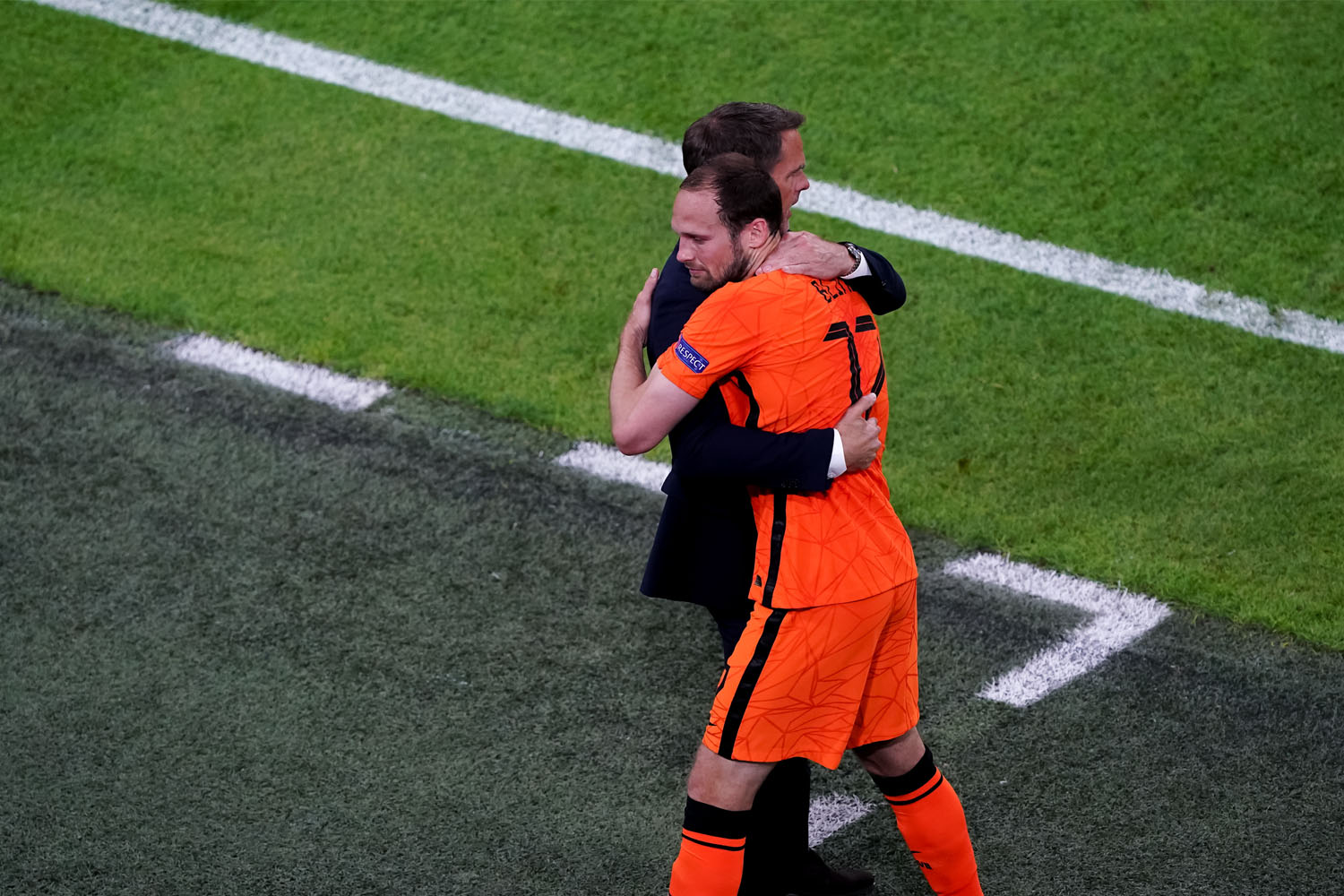 Daley Blind has said that he thought about not taking part in Netherlands‘ 3-2 Euro 2020 group stage victory over Ukraine after Christian Eriksen suffered a cardiac arrest the day before.

Eriksen collapsed during Denmark’s game with Finland on Saturday and had to be given emergency medical treatment on the pitch.

It was later announced that he was awake and stable in hospital, and Denmark team doctor Morten Boesen confirmed on Sunday that the midfielder had suffered a cardiac arrest.

Blind was diagnosed with heart muscle inflammation in December 2019, and had an implantable cardioverter-defibrillator (ICD) device fitted.

He then collapsed during a pre-season friendly the following August after his ICD went off.

The 31-year-old said he had to persuade himself to play against Ukraine, and added that he was “proud” that he did play.

He played alongside Eriksen at Ajax between 2010 and 2013, prior to the Dane joining Tottenham Hotspur for a fee of £11.5 million.

The centre-back didn’t play the full game for the Netherlands, and left the field in tears when he was substituted on 64 minutes.

Blind explained: “[Saturday] had a huge impact on me, never mind the fact that I know Christian well as a friend.

“The situation for him is terrible. Of course, I have also experienced a few things in that area, so that I had to overcome a mental hurdle to play.

“I had to persuade myself to play but I’m proud that I did and that’s why my emotion came bursting out at the end of the game.

“I definitely thought about not taking part. The images on television and the incident had a big impact and I didn’t sleep very well because of them.

“I really had to overcome a big hurdle to do this.”