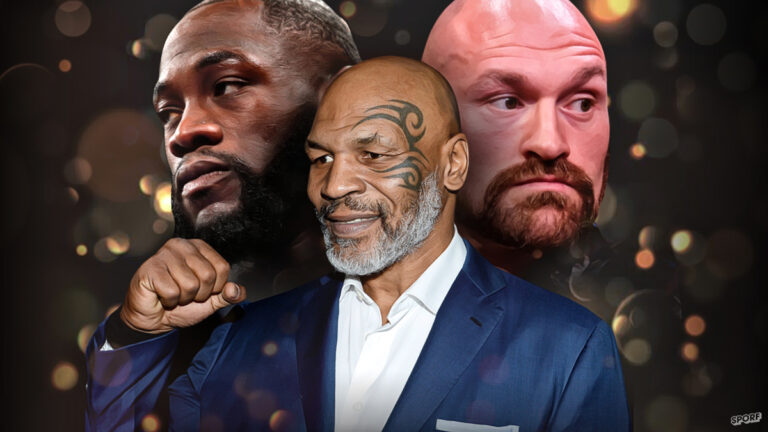 There’s few names in the boxing world more recognised than that of Mike Tyson and the former undisputed heavyweight champion has offered up his own take on Wilder Fury II.

While the ‘Baddest Man on the Planet’ admitted he could be slightly biased, Tyson made no secret of his support for Fury.

Tyson told BT Sport as part of Round 12: Fury’s Resurrection: “I like both of them as fighters, they both came from nothing and achieved becoming heavyweight champion, you have to respect that, I was in their position one time.

“In the first fight I was hoping for Tyson Fury, I always pulled for him because he was named after me, that is the natural thing to do, right?

“I was always biased toward him. He is very likeable, he is a nice person. I never understood Tyson, I just kept seeing him beating decent fighters.

“I didn’t know if they were washed up or throwing the fights because Tyson did not look like he should be beating them.

“But he was and he was laughing at them and I became a fan. He is so much better than what he appears to be and looks like.

“[The rematch] will be a really interesting fight because both guys will have something to prove. I just wish the best for Tyson Fury, I’m a Tyson fan.”

In the segment, he also responded to a claim made by Deontay Wilder, that he would have defeated Tyson in 86.

“I don’t know [whether I’d beat him]. I love the fact that he thinks that, because that’s the way I would think as well.

“He’s supposed to think that way, he is the heavyweight champion of the world and that’s something very special.”

Tyson joins Anthony Joshua in siding with Fury in the rematch. The Watford fighter predicted that the ‘Gypsy King’ would learn from his mistakes in the first fight.

“I think Fury wins. A man who nearly done it the first time won’t get it wrong the second time,” he told Pep Talk UK.

“That’s the only reason why. I think that he came close the first time to the point of a draw, it wasn’t like a 12-round masterclass then got battered in the 12th and that just separated it.

“It was a draw, it was that close. So I just think Tyson Fury is going to correct his wrongs and come back and win.”