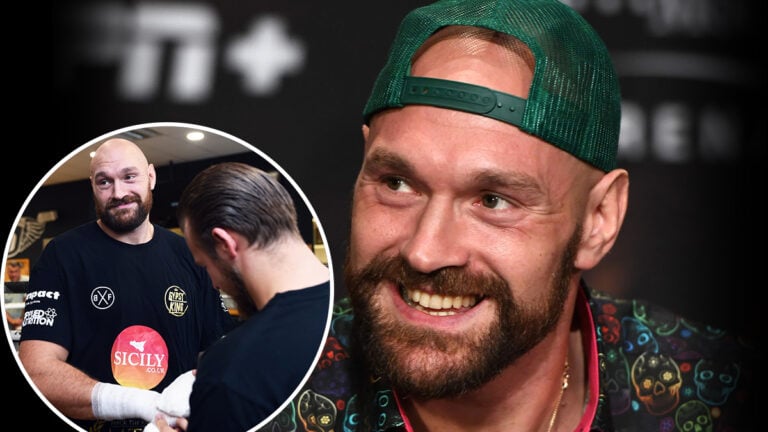 Boxing is a sport that is packed with superstitions; fighters swearing by their own routines when it comes to getting into the fight night headspace.

On February 22, Tyson Fury and Deontay Wilder will step into the ring for arguably the biggest fight of their careers, so it’s no surprise that neither man is taking no chances when it comes to their preparation.

Speaking to Gareth A Davies, Fury shared a peculiar preparation technique, one inspired by bare-knuckle fighters that involved dipping his hands in petrol.

“I was speaking to an old legendary bare-knuckle fighter from the travelling community, he’s called Big Joe Joyce,

“He told me about dipping his hands in petrol, to toughen them up,

“So for this fight I’ll be dipping my hands in petrol for five minutes a day during the last three or four weeks of the training camp to really toughen them up. It worked for him, so I’m going to give it a try.”

The Mancunian fighter elaborated on that Gypsy influence later on in the interview, saying that he carried the generations of his family before him.

Fury also spoke about what he believed separates him from the rest of the heavyweight division.

“I’m the tallest of all of them, tallest, best boxer, best talker. Most knowledgeable on my sport and probably the best singer as well.”

“I see myself as the king and I see a king fighting peasants.”