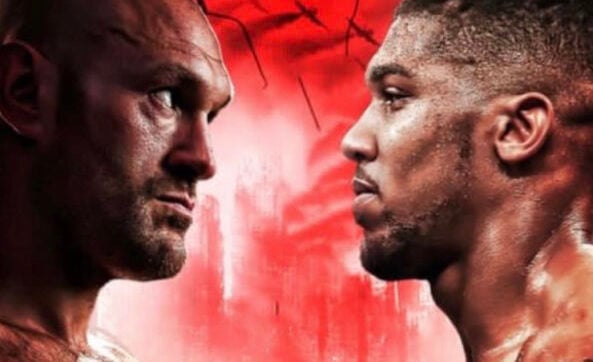 Amid the drama of the negotiations for the super-fight between Tyson Fury and Anthony Joshua, a surprise name has thrown his hat into the mix to fight either man in December.

On August 20, AJ failed to reclaim his heavyweight belt from Ukrainian genius Oleksandr Usyk. Despite his best efforts, the crafty southpaw left the towering Brit swinging at fresh air, and consequently out of the title picture — or so it seemed. In an amazing turn-up for the books, the former champion has received the opportunity of a lifetime.

After years of back-and-forth, ‘The Gypsy King’ has made his rival an incredible offer—a shot at his WBC belt and a chance to make the biggest fight in the history of the UK. However, while the pair have agreed on a percentage split, they can’t come to terms on a date.

The reigning champ wants the bout to take place on November 26 or December 3, while the challenger would rather wait until December 17. This sticking block has left promoters, Eddie Hearn and Frank Warren, at loggerheads, and could result in the collapse of the contest. And if that happens, there’s a man waiting in the wings, ready to step through the ropes.

The slick Cuban, Luis Ortiz, desperately wants another opportunity at the big time.

He told Boxing Scene: “Hey Fury and Joshua, I hear you both are looking for opponents. Well I am down to fight either one of you. Let’s see what you young lads can do against me.”

But while the 2005 Amateur World Cup silver medalist would make a worthy opponent, in reality, it seems unlikely. He’s just lost to Andy Ruiz and needs to work his way up the ladder. However, at the age of 43, he doesn’t have much time left.

At this stage, his best days look like a thing of the past, which is a shame, because had he turned professional earlier in his career, he may have won a world title. But alas, we’ll never know for sure.