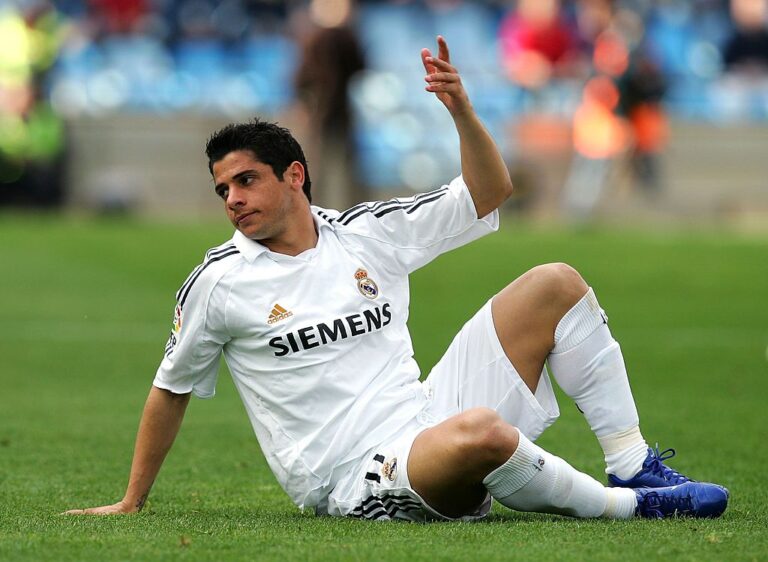 Former Real Madrid and Roma player Cicinho recently spoke openly about his problems with alcohol and smoking during his playing career.

A talented prospect at the time, the Brazilian’s off-field issues derailed his stint at the Bernabeu. Despite winning a La Liga title in Spain and Coppa Italia in Italy, Cicinho never reached his full potential.

Cicinho gained international recognition whilst playing for Sao Paulo. Here, he won the 2005 Copa Libertadores as his side beat Atletico Paranaense 5-1 on aggregate.

After playing a key role in Sao Paulo’s 2005 Club World Cup triumph, Real Madrid snapped up Cicinho. Ideally, he would follow in the footsteps of iconic Brazilian full-backs that were successful in Europe. Brazil has a proud history of producing great defenders; for example, Roberto Carlos and Cafu became legendary figures in the 21st century.

Sadly, this was not the case. In two seasons in the Spanish capital, Cicinho made just 32 appearances. As a result, Madrid then shipped him to Roma.

Whilst under contract with the Italian side, the defender had two loan spells at former club Sao Paulo and Villarreal, respectively. However, these too proved unsuccessful, and Cicinho returned to Brazil with Recife in 2012.

In his twilight years by then, the Brazilian played for three years at Sivasspor in Turkey. Following this, Cicinho had a brief spell with Brasiliense before retiring. He made over 300 appearances in his 17-year club career, scoring 14 goals.

But there could have been so many more if not for alcohol and injury issues.

In an interview on Brazilian channel EPTV’s Ressaca, Cicinho opened up on the startling issues that hampered his time at Real Madrid. The defender explained how he hid his addiction and how he could easily get alcohol.

“If you ask me whether I trained drunk while at Real, yes, I did,” admitted the Brazilian. “I would drink coffee to hide my breath and soak myself in cologne.

“As an ex-professional footballer, it was easy. I didn’t need money to get alcohol. People were happy to give you whatever you wanted in a restaurant,” said Cicinho, with quotes via Football Italia.

Unfortunately, a return of a bad knee injury whilst at Roma only exacerbated his addiction.

“I would start drinking after training. I would do work with the physio, I’d go home for 2-2:30pm, and would only stop drinking at 4am.

“Every time I turned up drunk at Roma, the directors lost more faith in me.”

Nowadays, the former Brazil international appears to have got the better of his problems and wants to make it up to his son.

“Alcohol draws you closer to people who like that lifestyle, and people who truly love you are excluded,” explained Cicinho. “And when they put you up against a wall and tell you their lives are not great, you don’t want to listen.

“I have a 15-year-old son, and I want to say sorry to him. He was two years old and didn’t understand, but it is ingrained in my memory.”