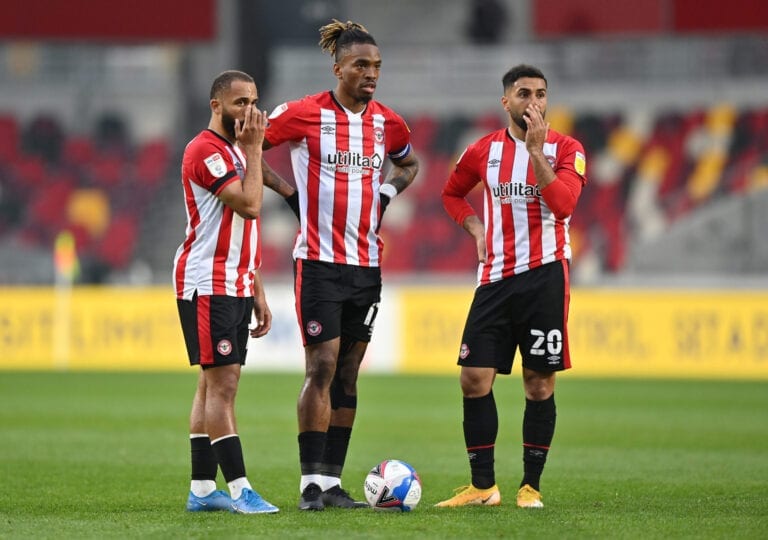 Brentford extended their unbeaten run in the Championship to 10 games with a 1-0 win over relegation-threatened Rotherham United on Tuesday evening.

Bryan Mbeumo scored his seventh goal of the season for the Bees, who further consolidated their third position in the table.

But the game itself kicked off in unusual fashion, with Brentford attempting their own variation of the kick-off routine.

The ball was laid off to midfielder Saman Ghoddos, who initially trapped it before flicking it up and powering it straight into the air.

It travelled for what seemed like an age before being contested in an aerial battle further up the pitch.

The Bees are known for their innovation. They were one of the first teams in English football to use a throw-in coach several years ago, and their transfer model utilises underlying data and statistics.

And it actually isn’t the first time Brentford have tried this kick-off routine this season.

They did the same against Cardiff City earlier in April, in a game that ended in a 1-1 draw.

Thomas Frank’s side have been in the promotion mix all season, although a run of six draws in seven games drew a halt to their hopes of automatic promotion to the Premier League.

Instead, they will have to settle for the Championship play-offs for a second consecutive season.

Brentford will secure third place in the league this term should they defeat Watford or Bristol City in their last two games, with Bournemouth, Swansea and Barnsley occupying the remaining play-off places.

The Championship play-off final will be played on May 29 at Wembley. The semi-finals will begin on May 17, meaning that fans could be allowed to return in limited numbers – although no announcements have been made as of yet.