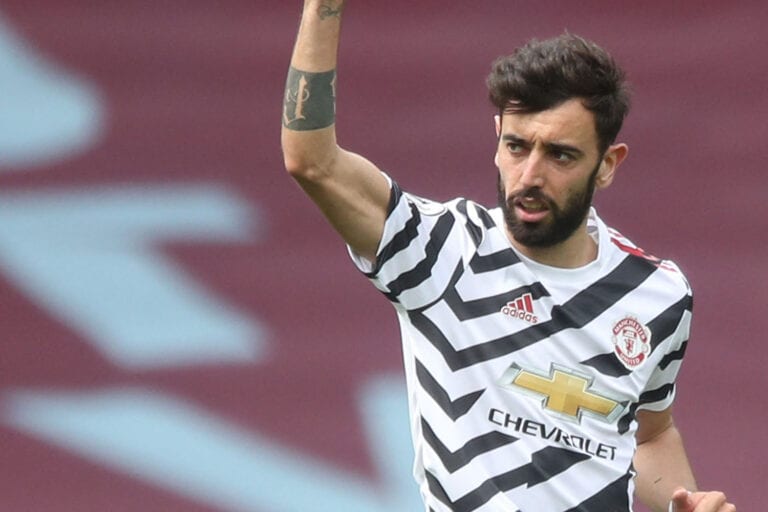 Bruno Fernandes has named Piotr Zielinski as a midfielder he’d like to play with again in his career.

Long before his days as one of Manchester United’s star men, Fernandes was a rising youngster with Udinese. He spent three years with the Italian club to a relatively mixed reception, though few could have predicted the levels he’s hitting right now.

Throughout the course of his stint in Italy, Fernandes played alongside Zielinski – who has gone on to play more than 200 games for Napoli.

During a recent interview with Canal+ Sport in Poland, Fernandes made it clear that he’d like to be teammates with Zielinski again before he retires.

“Technically, I can say that Zielinski is better trained than I am. We had a good challenge. I think in the past, Zielinski was actually a bit shy. He was really young then, just like me, at that time.” Fernandes revealed.

“However, we came from different countries, different mentality, and it was different for both of us. I have a really good relationship with Piotr. He’s a top guy, I like him a lot. He is one of the people I met in Italy with whom I am in touch all the time.

“I spoke to him a few months ago and told him that I would like to play with him again. So, who knows what the future has waiting for us. For me, he is a really, really top player.”

Considering they’re both aged 27 and 26 respectively, we’d say there’s a good chance their paths could cross once more down the road.

For the time being, though, Bruno Fernandes has the small matter of a Europa League final on the horizon.

He’ll first finish off the Premier League campaign with United against Wolves before the final on May 26, and then after that, he’ll try and help Portugal retain their status as European champions, so a busy few months ahead.