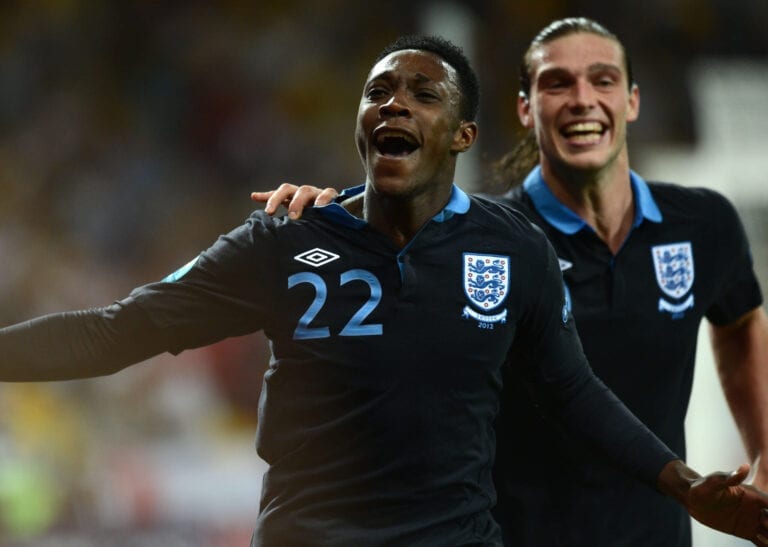 To continue our ‘Classic Euros’ series in the build-up to Euro 2020, we’re travelling back to 2012 and looking at one of the memorable moments of that year for England supporters.

Roy Hodgson’s side faced Sweden in the second group game of Euro 2012 – the team that six months would later would defeat them 4-2 in Stockholm, a game famous for *that* Zlatan Ibrahimovic bicycle kick.

When the tournament came around, Hodgson had only been in the job for a month, having been appointed in May following the resignation of Fabio Capello.

England were drawn in Group D alongside France, Sweden and hosts Ukraine. They produced a solid display in their opening match against France, with Samir Nasri cancelling out Joleon Lescott’s 30th minute opener.

Sweden, meanwhile, had lost their opening match 2-1 to Ukraine, despite Ibrahimovic giving them a 52nd minute lead.

The stage was therefore set for a game in which three points would be a boost to both sides.

England started brightly and had the best of the early chances, with Scott Parker’s long range drive forcing a fine diving save from former Manchester City ‘keeper Andreas Isaksson.

And after Joe Hart had saved from Ibrahimovic at the other end, Hodgson’s side opened the scoring.

A deep floating cross from Steven Gerrard found his Liverpool team-mate Andy Carroll, who rose highest to head the ball into the bottom corner.

England went into the break with a one-goal advantage, but there was still plenty of work to do in order to secure their first win of the competition.

Sweden manager Erik Hamren would have been desperately hoping for an early response from his side in the second half, and he got it on 49 minutes.

Carroll committed a foul outside the area, giving Sweden the chance to level from a free kick.

Ibrahimovic’s effort was blocked, before the ball found its way to Olof Mellberg inside the box. His shot took a deflection off Glen Johnson, who attempted to clear the ball off the line but to no avail.

10 minutes later, the Swedes were in front – and Mellberg was again at the centre of the action.

The 34-year-old scored what was to be his final international goal before retirement, heading a Sebastian Larsson free kick into the back of the net.

That sparked scenes of jubilation amongst the Swedish players, whilst Hodgson reacted by bringing on Theo Walcott for James Milner.

England were close to levelling the scores shortly afterwards, when John Terry’s close range header was superbly kept out by Isaksson.

But they weren’t to be denied for long. Substitute Walcott positioned himself on the edge of the box, received the ball and fired in an effort that deflected beyond the Sweden goalkeeper and into the net.

Ibrahimovic then forced a good save from Joe Hart as both teams tried to find a winner.

Down the other end, it was England who got the vital goal. Walcott accelerated between two Sweden defenders and squared the ball towards Danny Welbeck, who superbly backheeled it into the bottom corner. 3-2.

Isaksson then made another top save from Gerrard, before the referee called time on a thrilling second half.

After England’s triumphant victory, Wayne Rooney returned from suspension to score the only goal of the game against Ukraine four days later.

That meant Hodgson’s side went through as group winners, with France losing 2-0 to Sweden in their final group game.

For the Swedes, that victory wasn’t enough for them to progress. They finished bottom of the Group D table on goal difference behind Ukraine.

England, meanwhile, marched on to the quarter-finals, but that was as far as they got. A 0-0 draw against Italy meant another heartbreaking penalty shootout, with Ashley Young and Ashley Cole seeing their penalties saved by Gianluigi Buffon in a 4-2 defeat.