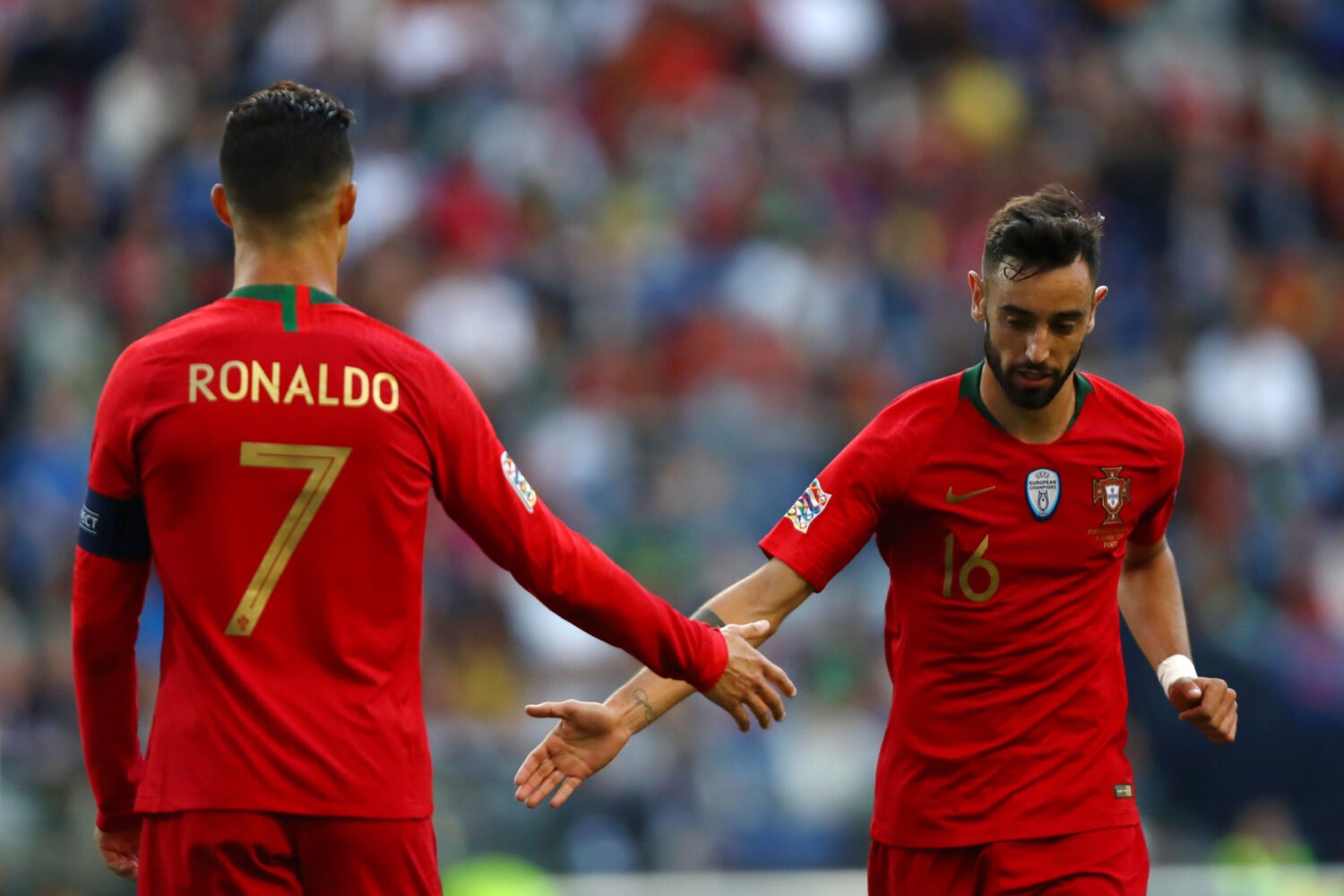 Bruno Fernandes has already cemented himself as a favourite among United fans, hitting the ground running and having a colossal impact at Old Trafford

With three goals and four assists already to his name, the midfielder also picked up the Premier League Player of the Month award for February.

Comparisons were inevitably going to be drawn with the path that Cristiano Ronaldo followed to the club, with the pair both leaving Sporting Lisbon for Manchester.

Fernandes has spoken about the early words of encouragement that five-time Ballon d’Or offered him when they first met on international duty.

“From the beginning he received me very well in the national team. We young people look at him as an idol, for me it always has been.” he told Cronache Di Spogliatoio,

“It was very important on the first day in retreat. He came to me, saying: ‘You are doing well at Sporting. Play your cards here. Keep it up’.”

“It was a dream for me: he had come to me, not vice versa. Those words make the difference, even just the fact that he came. When we look at the strongest players we respect them, but that gesture left me a sign.”

The playmaker also opened up about how different life is at Old Trafford in terms of operations.

“When I got to do the medical tests I realised I was in another dimension. Inside the sports centre you can make any visit, it’s impressive. You say, ‘This really is one of the most important clubs in the world.’

“And then there’s the entrance to Old Trafford: warm up with nobody in the stands, enter the tunnel before the race and as soon as you put your foot on the grass you hear an incredible noise. I shivered, I dreamed of playing there as a child. If you talk about stadiums, I tell you: San Siro and Old Trafford are the most iconic.”

Bruno is definitely saying all the right things to win over the United fans, luckily his performances on the pitch are backing that up too.