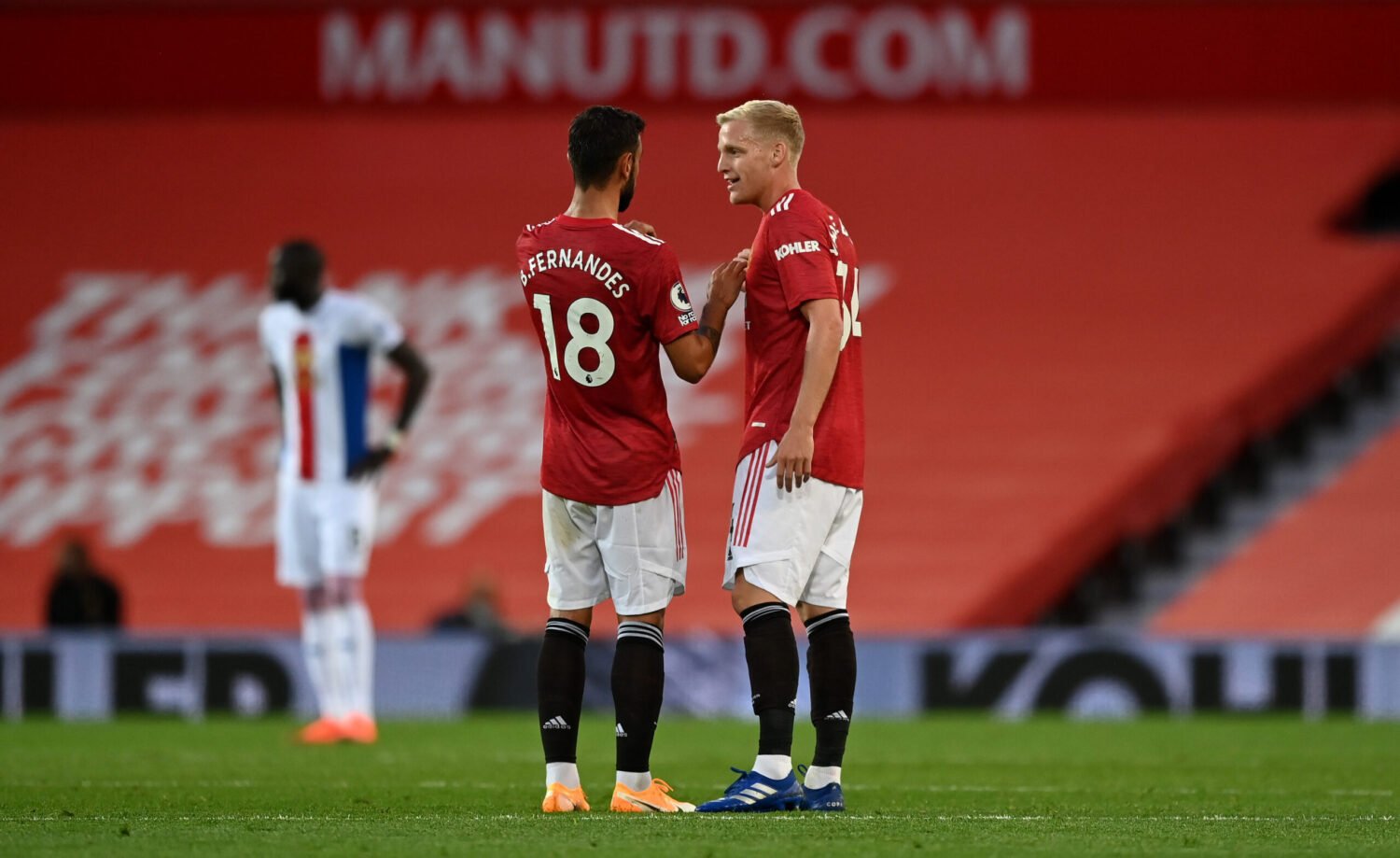 Bruno Fernandes can do no wrong right now for Manchester United fans, as he continues his astonishing start to life as at Old Trafford.

Despite being benched for his side’s FA Cup game against Liverpool, he managed to steal headlines again, coming on to score the winner with a sublime freekick.

His omission from the starting XI raised a few eyebrows, given the importance of the tie against United’s fierce rivals. However, speaking after the match Fernandes backed Ole Gunnar Solskjaer’s decision to bring in Donny van de Beek.

Bruno praised the Dutchman, insisting he had a big future at United despite his early struggles to break into the side.

“You have options and I think if you look at the bench and the first XI, and the ones who are at home – we have a really good squad.

“I think it will not be a problem if we change the team, if someone is tired because we have really good players.

“You see today we have players like Donny [van de Beek] who was not playing for a while and he did a really great game for me. I think playing in the position I normally play in, watching him, I think he moves really good.

“[In the] first half he has a little more of the ball and he played really, really well. I think it’s important for us and for everyone to understand that everyone wants to play. Maybe if I was in the position of Donny, for example, I would not be happy at all. But the most important is doing what he does today, coming in and do the best he can and help the team.”

? We can guarantee you’ll be watching this one more than once ?#MUFC @B_Fernandes8 pic.twitter.com/MpvsZMVExt

The midfielder went on to discuss his desire to win trophies at United, a drive that will be music to the ears’ of fans.

“We have to go in the same way, whatever competition you play. You play them to win, so it’s not different to play this one or the league.

“Of course, everyone knows winning the league is more special, but for us players it is about winning trophies. This is a trophy and we want to win.”

United’s win sets up a date with the in-form West Ham and a reunion with former manager David Moyes in two week’s time.

Up next though, are struggling Sheffield United. a win would see Solskjaer’s men return to the top of the table, as they continue to battle it out with Manchester City for first spot. Tonight’s game is available to watch on BT Sport, with coverage starting at 8pm.