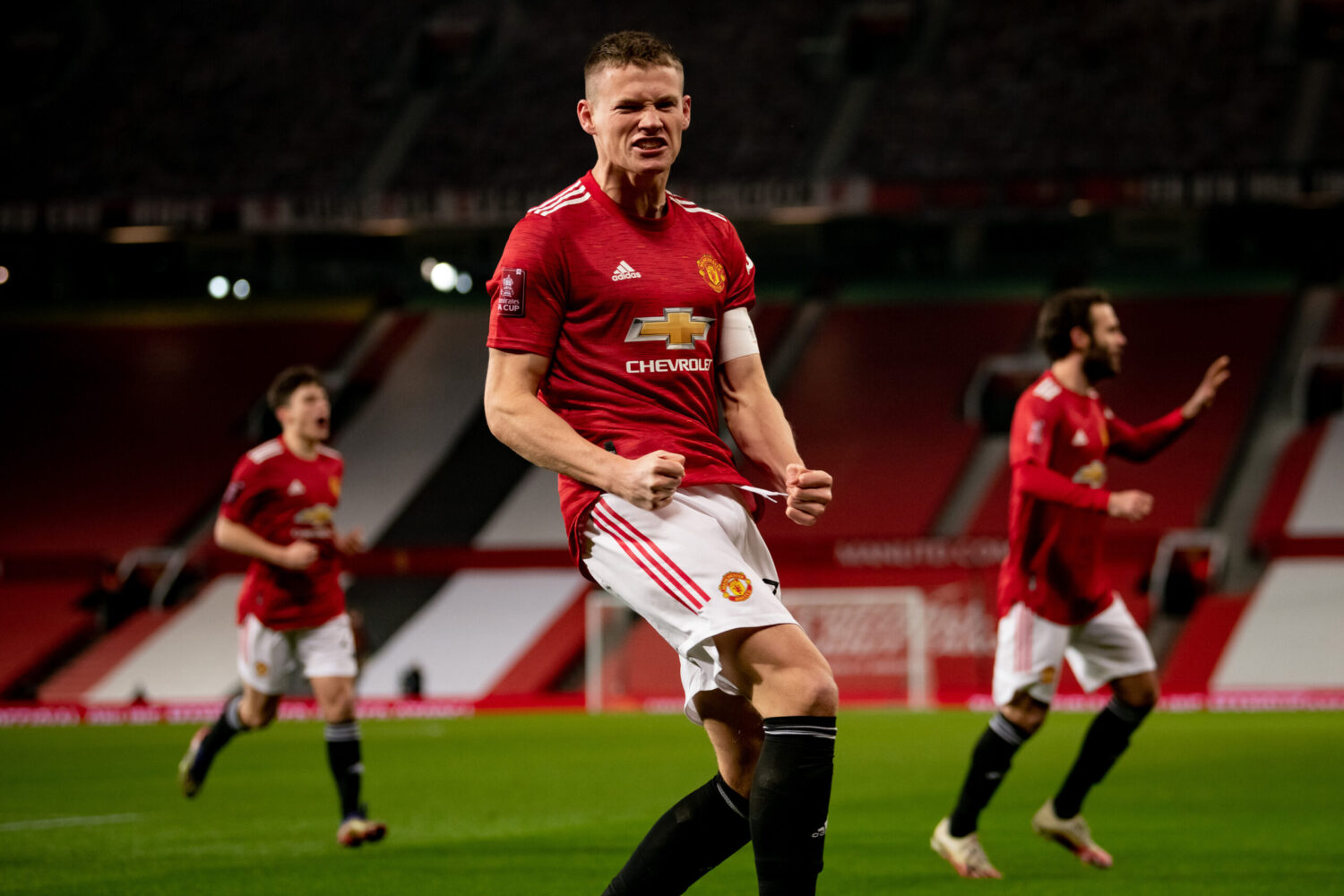 While Bruno Fernandes has understandably taken the bulk of Manchester United’s praise this year, Scott McTominay has been working away in the background, becoming Ole Gunnar Solskjaer’s go-to man for the big games.

Another graduate of United’s famed academy, McTominay has ensured his is one of the first names on the team sheet when United face up to high-profile opposition.

It was actually Jose Mourinho who deserves credit for giving the Scot his big break in the United first team back in 2017. McTominay made such an impact, the manager opted to award the youngster his Player of the Year award, despite only making 13 starts for the club at the time.

Fast-forward to present day, and it’s become apparent that Solskjaer holds him in equally as high regard, trusting the 24-year-old in the games that matter most.

That reliability, and willingness to work tirelessly for his side, has earned the midfielder comparisons with another United cult hero, Darren Fletcher.

In similar fashion, Fletcher became Sir Alex Ferguson’s big-game player, someone he could rely on to break up play against oppositions likely to enjoy long spells of possession.

It’s a comparison that pays a huge compliment to McTominay, given that his fellow countryman is still held with such high regard among everyone around Old Trafford.

That being said, this season in particular we’ve seen a far more dynamic iteration of McTominay’s game. An ability to receive a ball on the half-turn and break through the high press has been essential in kickstarting United counter-attacks.

It’s an ability that’s extremely easy to overlook, but that calmness on the ball makes transitions from defence to attack far more efficient.

Was this special strike from #MUFC's Scott McTominay against Arsenal the best #PrecisionPlay of the season? Vote now: https://t.co/BGd41DJele

An eye for goal is another extremely welcome addition to his game. Having a largely defensive-minded player with that ability to chip in, particularly in big games, is a priceless thing for any club.

That’s almost certainly down to United having a much more solid back four. Along with Fred’s willingness to put in a shift defensively, McTominay frequently has more of a license to drive forward, rather than being solely employed as a shield to the defence.

His attacking knack shouldn’t come as too much of a surprise, Solskjaer has previously pointed out that he grew up playing as a striker, and is actually a more attacking midfielder by nature. United’s recent form has finally allowed him to display at least some of that.

During the golden era of Sir Alex, there were a number of players integral to allowing the big names to flourish. Along with Fletcher, you had Michael Carrick and Park Ji-sung, names you wouldn’t really label as ‘superstars’ but ones you always wanted against tricky opposition.

Scott McTominay is beginning to feel like he falls in that same sort of category, and has no doubt been a huge factor in his side currently sitting top of the table.