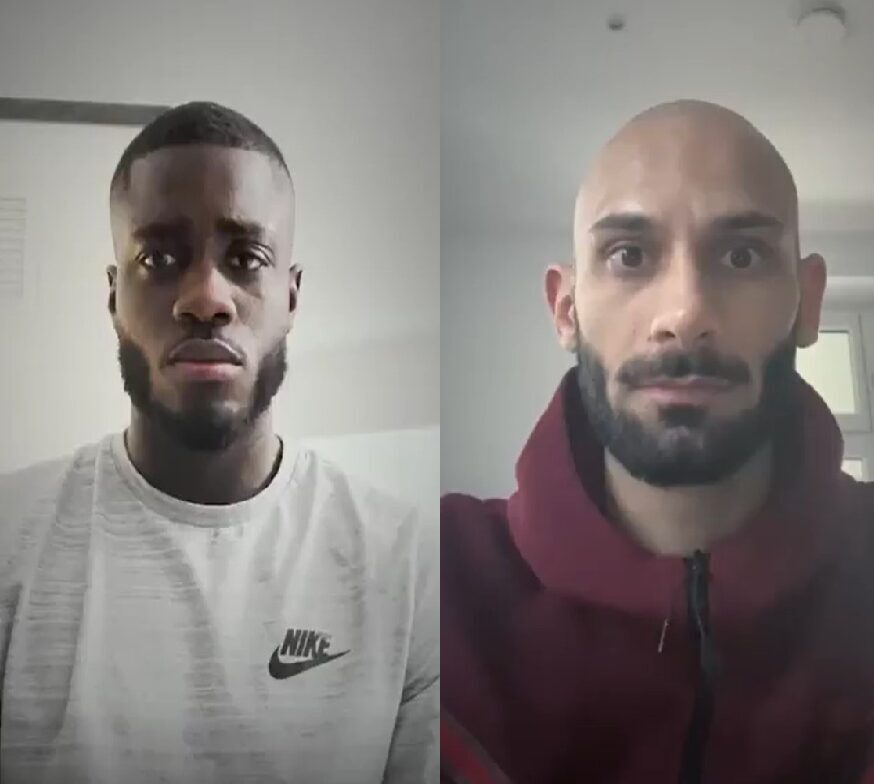 Bundesliga stars and Germany internationals have featured in a video targeted at highlighting the extent of social media abuse.

The video is tagged with the powerful message ‘Unite Against Hate’.

The footage, which features the likes of Toni Kroos, Niklas Sule and Dayot Upamecano, shows the players reading out messages that have been directed at themselves. Each player stares down the camera throughout.

And a message directed at Sule reads: “I hope you’ll break all your bones.”

In another clip, Turkish international Omer Toprak is told: “You b******, don’t ever come back to this country… stay with the Germans you son of a b****”

Ron-Robert Zieler also received disgusting abuse in reference to the German goalkeeper Robert Enke, who suffered from depression and took his own life in 2009. Arsenal’s Bernd Leno also revealed that he had received similar abuse last week.

One message reads: “Be like Enke and throw yourself under a train.”

Another says: “We know where you live and where your kids go to kindergarten.”

The video concludes with the message: “We value your opinion. But hate speech is not an opinion. There is a human behind every screen. Let us #UniteAgainstHate”.

The powerful footage comes as social media institutions are being increasingly pushed to act upon acts of hateful, discriminatory and racial abuse that is appearing on their platforms.

Calls have been made to ban social media anonymity in order to further address the problem.

Facebook’s handling of Dhanda’s case was criticised after they elected not to permanently shut down the offending Instagram account.

Twitter, meanwhile, condemned the abuse that has been occurring on their platforms – but refused to ban anonymity.

In a statement, they said: “We are acutely aware that many high-profile users can, at times, be particularly vulnerable to abuse and harassment.

“As long as any one person is targeted with abusive behaviour on our service, our work will not be done.

They added: “We will continue to challenge this abhorrent behaviour at source along with our football partners and other social media companies.

“We join our partners in condemning racism and we will continue to play our part in tackling this unacceptable behaviour – both online and offline.

“We want to reiterate – there is no room for racist abuse on Twitter.”