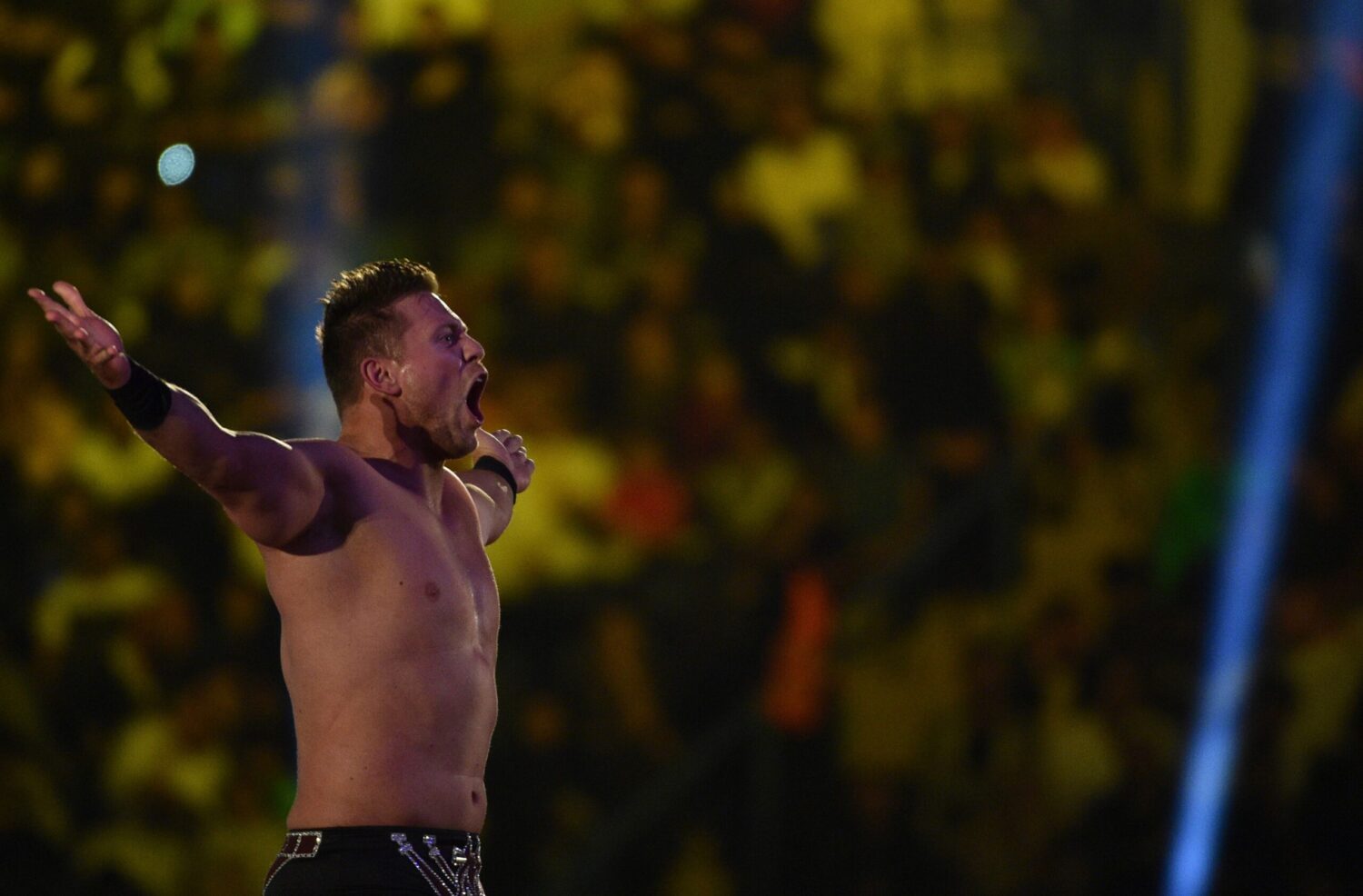 At Elimination Chamber, The Miz made a deal with the devil when The A-Lister recruited The Hurt Business to facilitate the perfect scenario for a Money In The Bank Cash in.

After Drew McIntyre had gone through a gruelling Elimination Chamber and outlasted five former WWE Champions to retain his gold, the master strategist that is The Miz would pick his spot – but only after Bobby Lashley, who lost his United States Championship earlier in the night when Miz’s partner John Morrison was pinned, would demolish The Scottish Warrior.

As The Miz’s second reign as WWE Champion begins, The A-Lister looked back at his first run with the gold, and how it was met with much chagrin from fans, critics – and the WWE locker room.

Speaking with Kenny McIntosh of Inside The Ropes, The Miz recalled how he’s used being the underdog and the outsider to his advantage, after The Rock returned to WWE following a seven-year hiatus to be seemingly inserted into a rivalry with John Cena.

“Think about when I first came into WWE, nobody wanted me there – not the WWE Universe, not the critics, not the WWE locker room – they all wanted me out. They hated me. They couldn’t stand me as a human being, as a WWE Superstar.”

The Miz went on to speak about the negativity with which his WWE Championship win was met with.

“Then I get the WWE Championship maybe four or five years later, nobody in the locker room wanted me to have that, none of the critics. I remember my Twitter feed, it was literally all negativity. 100 percent.

“Nobody respected me, nobody liked me, nobody wanted me to become WWE Champion – and then going on to main event WrestleMania, and having The Rock and John Cena, and everyone thought that was the storyline.”

The A-Lister would turn the tables, though, and speak of how confident he is in his own ability on the microphone that he can make people believe he’s the person they should be talking about – even when The Rock and John Cena are in the conversation.

“I don’t know if you remember the promo I cut… When people started to say that, it got into me, and whenever that happens, you give me a microphone and I will not only make you believe that I am the champion, that I am representing this company, that I am the man, that I am the one that you should be talking about. I am not a second-rate Superstar, I am THE Superstar, and I made people believe that.”

It’s difficult not to be confident when you defy all odds, as The Miz did at WrestleMania XXVII. As The Great One hosted the Show of Shows, The A-Lister cemented his place at the top of the mountain when he pulled off the near-impossible, walking out of WrestleMania with his gold intact as the villain of the piece.

“Did The Rock help? Sure! But I am a master strategist. I’m always thinking far ahead of everyone else to make sure I’m the success because I know what it takes.”

Of course, The Rock vs John Cena would take place one year later, at WrestleMania XVIII. Ten years on, The Miz is back at the top of the mountain as he looks towards another WrestleMania main event. The only problem is he has Bobby Lashley standing in his path as one giant roadblock on the Road to WrestleMania.

The Miz will defend his WWE Championship on this week’s episode of Monday Night RAW. The A-Lister takes on The All Mighty when Bobby Lashley faces WWE Champion The Miz in a one-on-one matchup for the gold, this Monday night on Raw live on BT Sport 1 HD.