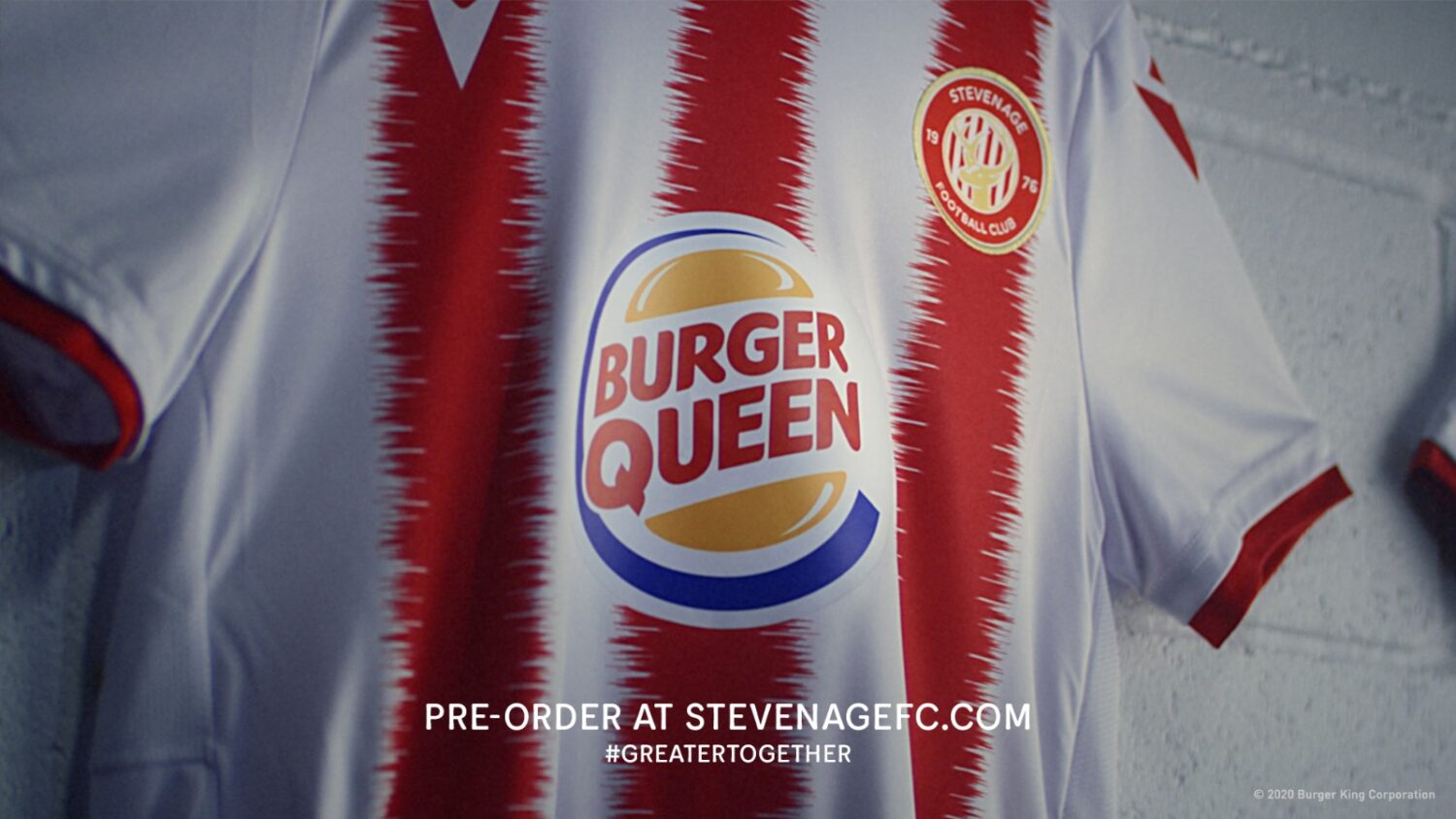 Burger King is changing its name in support of Stevenage Women’s Football Club.

The fast-food giant has sponsored the men’s team since 2019 and will now back the women’s team throughout the 20/21 season.

The most notable point from the sponsorship is that it will be rolled out following the exact same terms as the men’s team.

In an announcement clip confirming the partnership, a caption reads “Play for Stevenage FC is hard. Playing for the Women’s team shouldn’t be harder.”

Burger King’s social channels have already been rebranded, and a Stevenage chain of the restaurant will get a complete Burger Queen makeover.

“The women’s team faces the same challenges and hurdles as the men’s team and it’s only fair that it receive the same support from our brand with an equal sponsorship,” Soco Nunez, marketing director at Burger King UK, said in a statement.