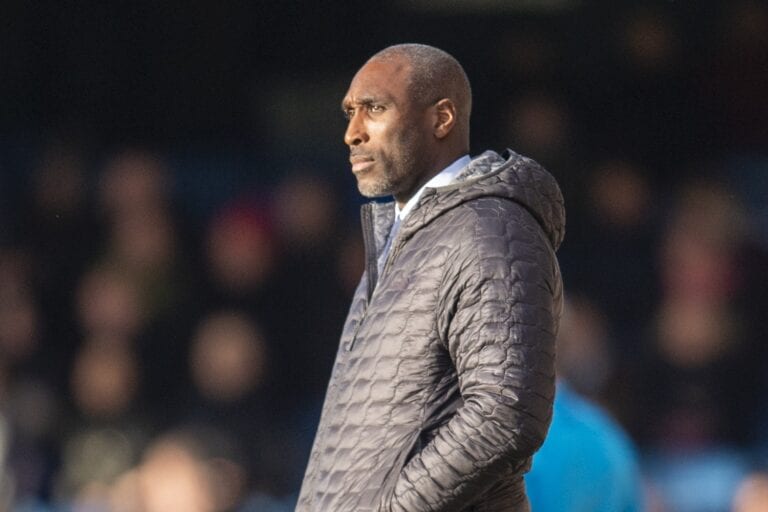 Sol Campbell has opened up on his struggles in trying to land a new opportunity in football management.

The former England star is widely considered to be one of the best defenders of his generation. However, that hasn’t quite been able to translate over into his coaching career as of yet.

The 46-year-old has previously managed Macclesfield and Southend and while he did manage to keep Macclesfield in the Football League, he was relegated with Southend and experienced financial difficulties with both clubs.

Now he’s on the search for a new role but despite putting his name forward for many positions, he hasn’t been able to get back in the game – as he discussed during a recent interview with Mirror.

“I’m not going to lie,” said Campbell. “It hurts, don’t get me wrong. It hurts when you don’t even hear back from people. It just goes into a black hole, your CV.

“If I had the chances that some of my other friends, teammates I’ve played with, they’ve had three, four or five clubs, good clubs, Championship clubs who had a bit of money at the time.

“They’ve been backed, given them a go, it might not have worked out, but they had a go, they had a good 18 months or two years to see what they can do, that’s all I need. I’ve had two clubs with no budget and it’s not been the best start.”

Campbell went on to discuss being called on to apply for the England U21s job.

“It was an honour for those guys, I think it was Nolan Partners, the headhunters, to seek me out and ask if I would like to apply,” he said.

“It was fantastic to be involved in the whole process but I just wasn’t what they were looking for. The process was great, I loved it. Good luck for them in the future. It’s a great organisation. It was nice to be a part of it.”