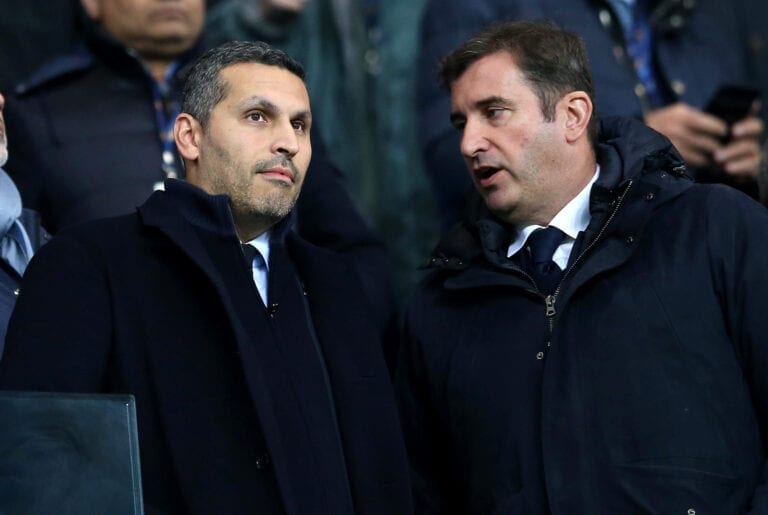 Manchester City chairman Khaldoon Al Mubarak has said that now is the time for the club to “send a strong message” in the transfer market.

City won two domestic trophies in the 2020/21 season. They regained the Premier League title, and won the League Cup for the fourth successive season.

The final was Sergio Aguero’s last appearance in a City shirt. The Argentinian is moving to Barcelona on a free transfer when his contract expires in June.

Joining him at the Nou Camp will be Eric Garcia, with the Spaniard also leaving City on a free transfer this summer.

According to SPORT in Spain, City have contacted Barca about the possibility of signing right-back/midfielder Sergi Roberto.

The club have been linked with the likes of Erling Haaland and Harry Kane in recent weeks as a replacement for Aguero.

And Al Mubarak says that he is “confident” the club will find the correct replacement, and wants to add quality in “a couple of key positions” this summer.

He told City’s official website: “Having won the league it is not the team to sit back and be content, that is the biggest mistake.

“This is the time to send a strong message that there is no contentment, you are not satisfied with just winning the league.

“We lose a very important legend in Sergio Aguero, very hard shoes to fill but I am confident we will find the right player to fill those shoes.

“There are other areas in the team that need investment, not too many, it is not about numbers, it is about quality.

“The squad is a phenomenal squad, you don’t win the Premier League and get into the Champions League final if you don’t have a good squad.

“We will bring quality into the squad in a couple of key positions.”