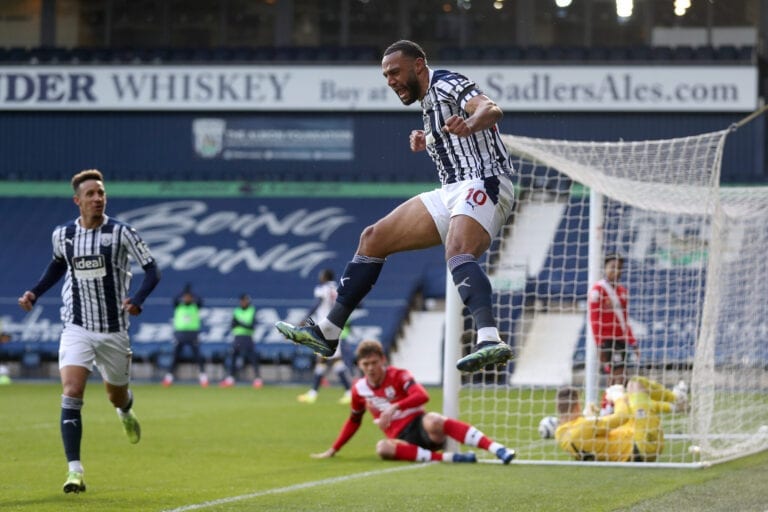 West Bromwich Albion’s 3-0 victory over Southampton on Monday puts them eight points behind 17th-placed Newcastle in the battle to avoid Premier League relegation.

Sam Allardyce’s side have been superb in their last two games, with the Baggies recording an impressive 5-2 win at Chelsea prior to their latest success.

They have seven games to play this season, meaning they still stand a chance of escaping the drop zone.

But, as Allardyce admitted post-Southampton, they need to rely on other teams dropping points.

He said: “It’s not a big chance [of staying up], it’s just another hope that we keep winning and keep winning, and hope the other teams lose.

“That’s all we’ve got to do, all we can do is keep winning and hope the other teams lose.

“Sadly, at this stage we’ve got to rely on other teams losing and that’s obviously a very difficult one for us.”

Allardyce has been in similar positions before, of course. He took over Crystal Palace in 2017 with the side in 17th, and despite dropping as low as 19th, they won four games in a row between March and April to all but secure survival.

Two years earlier, he was appointed Sunderland manager. The Black Cats had failed to win any of their first nine games before Allardyce’s arrival, but he kept them up with a game to spare.

West Brom have also been in this position before. In the 2004/05 season, they entered Christmas having won just once all season, and were rooted to the bottom of the Premier League.

What happened in the closing months of that season was extraordinary.

How did West Brom find themselves cut adrift?

The Baggies spent around £10 million in the summer of 2004, with the signing of Cardiff striker Robert Earnshaw the most notable addition.

Managed by Gary Megson, they had earned promotion as Division Two runners-up the previous season.

They began the 2004/05 campaign with three consecutive draws, comprising of a tough trip to Blackburn Rovers and home games against Aston Villa and Tottenham.

Megson’s side then suffered consecutive losses against Liverpool and Everton, and had to wait until October 2 to record their first victory of the season, a 2-1 success against Bolton Wanderers.

It was the only game they would win until January.

Megson was sacked after a 3-0 defeat at fellow strugglers Crystal Palace and replaced by Manchester United legend Bryan Robson.

Things got worse before they got better. Either side of Christmas Day, they shipped nine goals without reply against Birmingham and Liverpool.

2004 at least ended with a point at Manchester City, secured via a Richard Dunne own goal.

By the halfway point, the Baggies had picked up just 10 points from 19 matches and were rooted to the bottom of the table. No side had ever stayed up in the Premier League having sat in last place at Christmas.

Robson’s side opened up 2005 with a 1-1 draw in the reverse fixture against Bolton, and from there results started to slowly improve.

They recorded their second win of the season against Manchester City on January 22, before Earnshaw rescued a point in stoppage time in a 2-2 draw against Palace.

It was March where the revival really began. After losing to Chelsea, the Baggies thrashed Charlton 4-1 at the Valley mainly thanks to an Earnshaw hat-trick.

They then won 1-0 against Everton, before draws against Villa and Spurs.

After that, however, the Baggies went a further four matches without a win, meaning their Premier League survival hopes depended on the result of their final day clash with Portsmouth.

Geoff Horsfield and the great escape

Heading into what was dubbed ‘Survival Sunday’, four clubs could still be relegated. Despite starting the day bottom, West Brom knew that a win could see them safe – but they needed other results to go their way.

In the driving seat prior to the fixtures were 17th-placed Norwich, who faced a trip to a Fulham side that had lost 18 times that season.

But Nigel Worthington’s men steadily capitulated throughout the course of the afternoon, and were thrashed 6-0 at Craven Cottage.

Harry Redknapp’s Southampton took a surprise early lead against Manchester United, but would eventually lose 2-1 to consign them to last place.

West Brom, knowing they had to win to stand any chance of survival, did exactly what they needed to do on the day.

Geoff Horsfield – who had only netted twice in the league that season prior to the last day – opened the scoring on 58 minutes. Kieran Richardson added a second on 75 minutes.

At that point, they still sat 19th. Crystal Palace were the side occupying that elusive 17th place after going 2-1 up against Charlton at the Valley.

But eight minutes from time, Eagles hearts were broken. Jonathan Fortune equalised for Charlton, and Palace couldn’t find a response.

And with Southampton’s defeat to United confirmed, the Baggies were safe.

Cue the usual pitch invasion, the fans of the relegated sides in tears on Soccer Saturday. Only one team out of the four in danger at the start of the day could have tasted joy at the end of it, and that team was West Brom.

Can Sam Allardyce’s side repeat the trick,16 years on?