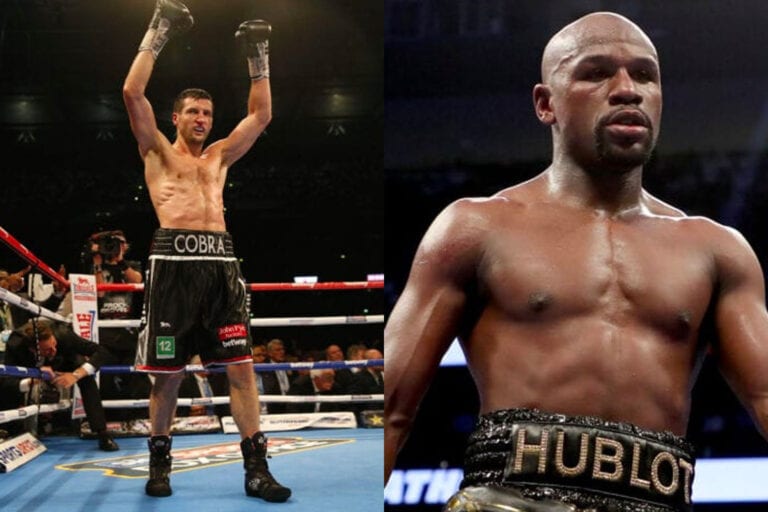 British boxing legend Carl Froch has explained why Logan Paul has a chance of causing an upset against Floyd Mayweather this weekend.

Froch, who is often regarded as one of the UK’s best boxing talents, is now a regular pundit with Sky Sports. While he tends to focus on the serious, professional boxing side of things, the magnitude of the exhibition bout between Mayweather and Paul has forced him to sit up and take notice.

“Mayweather has been retired so long”

During a recent interview, Froch spoke about some of the details regarding the meeting and also Logan Paul’s chances.

“Logan Paul is so big, Floyd Mayweather has been retired so long, and you do think, ‘What if Mayweather ruins his legacy by losing to a YouTuber?’ I don’t want to say he’s got a chance, but he has got a chance. He looks like he can shape up quite well.

“Mayweather should be far too good for him, but it’s exciting and it’s got your interest, because Logan Paul is so big, Mayweather has been retired for so long, and you do think, ‘Oh what if Mayweather ruins his whole legacy by losing to a YouTuber?’ That’s the appeal. That’s going to make you watch it.

“I don’t want to say he’s got a chance, but he has got a chance Logan Paul, because he looks like he can shape up quite well. He’s had a couple of fights and he’s so big.

“Mayweather could end up making a mockery of his whole career. If he gets caught and gets put down, it will be embarrassing. If he loses, he might as well get a one-way ticket to Australia.”