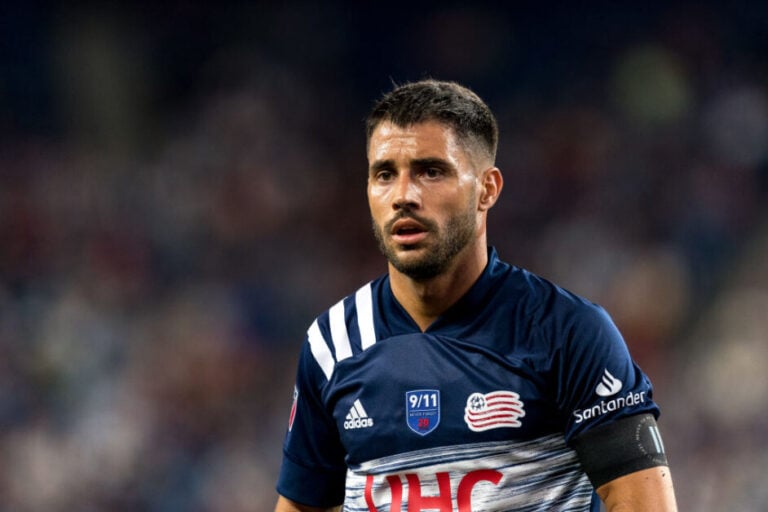 The Spaniard, best known in England for an underwhelming spell with Aston Villa, has been playing for the MLS outfit since 2019.

After leaving Villa Park, the midfielder returned to his homeland to play for Deportivo de La Coruña before eventually catching the eye of New England.

He instantly hit the ground running in the MLS, where he has been recording incredible numbers. His first campaign saw him register 10 goals and 14 assists in just 29 appearances.

Last season, meanwhile, he bagged an awe-inspiring 19 assists. Gil also secured the ‘Player of the Month’ award for June and was named the ‘Comeback Player of the Year’ and the MLS MVP for 2021.

The east coast of the United States reaches insanely cold temperatures in the winter months. However, that doesn’t mean that sporting events have to come to a stop. On the contrary, teams continue to play on snowy pitches, making for incredible settings. But that isn’t always the best for the players.

New England found it extremely difficult to operate in the conditions. However, they found the opener via Emmanuel Boateng on the stroke of half-time. They then extended their lead courtesy of ex-Sunderland forward Jozy Altidore, who guided the ball home to secure his first goal for the club.

However, despite their brilliant start, the icy conditions began to get the better of them. The ball took an awkward bounce in the snow, which gifted Sergio Cordova the chance to pull one back.

Then, with just minutes left, Justen Glad lept onto a wonderfully delivered free-kick to volley the ball home.

And then suddenly, to rub salt or perhaps snow in this instance into the wounds, Tate Schmitt struck a beautiful finish in the third minute of stoppage time to secure the completion of the comeback. This ultimately left the home fans and players devastated.

Carles Gil furious with the MLS

It’s fair to say that the midfielder wasn’t in the best state of mind following the match. He’d just watched his team crumble in front of his very eyes. Carles Gil made his feelings towards the MLS clear with one of the angriest interviews you’re likely to see.

He said: “It’s impossible to play football today. I cannot talk with my teammates. I cannot run or do anything. It’s impossible. This is not football. Stop the f***ing game.

“If we finish the game 2-0, I say here the same. It’s not football. It’s impossible to play like this. Congratulations to Real Salt Lake, because they are amazing players. But I don’t understand why we play today. We lose one game because we lose a game, for us, for them, for the soccer, for the fans, for everything.”

It’s fair to say Gil wasn’t happy to play in the snow. So luckily, his next game takes place in Mexico City – scheduled to record highs of 27 degrees Celsius on Sunday – against Pumas UNAM. We imagine he’ll be defrosted by kick-off time.