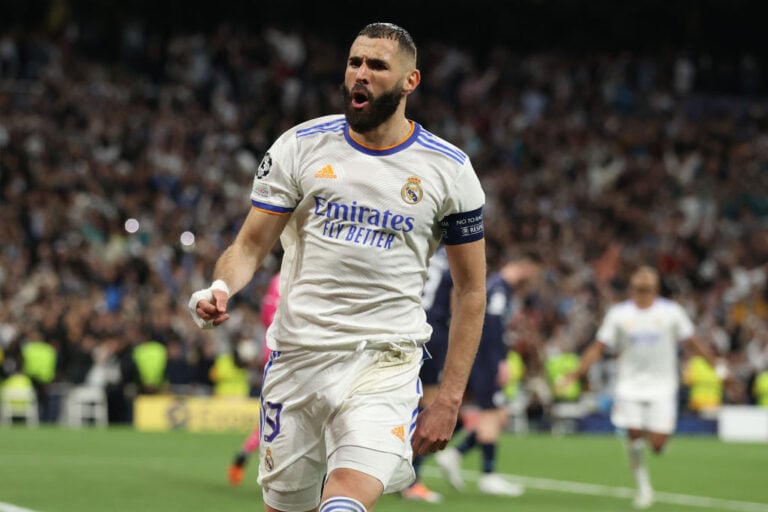 The start of a new Champions League campaign also means the start of the UCL official fantasy game – so here are some tips that may help you pick your squad.

With so many of the world’s best players to choose from, team selection can prove a massive headache. Will Real Madrid continue from where they left off as winners last season? Or will the likes of Bayern Munich be competing once more?

Meanwhile, a rebuilt Barcelona squad means some of their players make for tempting options. And, with Erling Haaland in relentless form at Man City, can you afford to keep him out of your fantasy team? Even PSG have started 2022/23 in red-hot form.

As a result, selecting your UCL squad can be a daunting prospect. So, here are five selection tips that may help give you the edge in Champions League fantasy:

It has to be him, doesn’t it? Current Ballon d’Or favourite and last year’s UCL top scorer Karim Benzema comes in at £11m on fantasy football. Aside from leading the competition with 15 goals in 2021/22, he was also the game’s top point scorer with 102.

Additionally, Real Madrid enjoy a favourable group, starting with Celtic before playing RB Leipzig and Shaktar Donetsk. As the leading man for one of the tournament’s favourites, Benzema is a no-brainer.

Finishing just behind Benzema in points totals, with 91 last season, Lewandowski (£11m) starts this campaign at a new club. When completing his move to Barcelona, the Polish forward definitely packed his shooting boots with him.

Lewandowski has five goals in four La Liga games for Barca – leading the league. Also, like Real, Barcelona kick off their latest Champions League campaign with a game that should, on paper, see them seal the victory. They host Viktoria Plzen at Camp Nou in what should be guaranteed points for Lewandowski.

However, after matchday one, Barca and their forward face much tougher tests in Bayern and Inter Milan.

One of the best players in the Bundesliga last year, Christopher Nkunku was among the top midfielders in UCL fantasy last season with 60 points. Most impressively, though, the Frenchman amassed this total in just the group stage fixtures.

Nkunku grabbed seven goals and two assists in matches against Man City, PSG and Club Brugge – proving he can perform no matter the opposition. At £9m and just 17% ownership, the RB Leipzig star could be one of the more underrated tips for Champions League fantasy.

Like Nkunku, Portugal’s Rafael Leao has relatively low ownership, at 13%. Despite this, he could end up as a valuable points scorer.

Milan have Salzburg, Dinamo Zagreb, and Chelsea in their group, starting first with a trip to Austria. All of these offer opportunities for points in Leao’s case, who has started the season incredibly well.

For instance, in last weekend’s Milan derby, the winger notched two goals and an assist. This puts him on three goals and two assists in Serie A overall. Furthermore, as a consistent starter for Milan, Leao makes for a reliable option at £8.5m.

Finally, this is the most budget-oriented of all our Champions League fantasy tips. Mozambique defender Reinildo comes in at just £4.5m as a regular starter for Atletico Madrid.

He is yet to miss a minute in La Liga for Diego Simeone’s side, plus he was one of the top fantasy defenders last year. Atletico also have a competitive, but not horrendous, group in the 2022/23 competition. In matchday 1, they play Porto, before facing Bayer Leverkusen, then Club Brugge.

Again, at just £4.5m in a typically stingy Atleti defence, Reinildo makes a lot of sense at the bottom-end of budgets.

With the competition kicking off at an earlier time of 5.45pm today, you do not have too long to pick your squad, though.