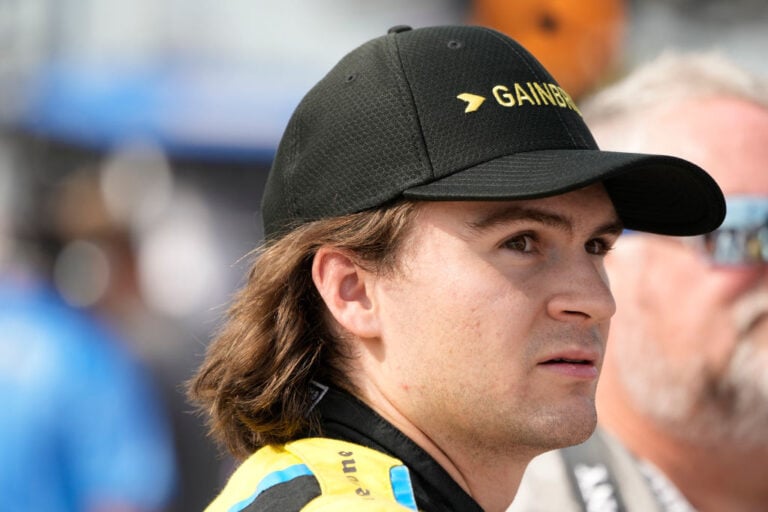 An FIA super licence is necessary for a prospective F1 driver if they want to join the premier class of single-seater racing. But what is a super licence, and how many points does a driver need to obtain one?

The super licence issue has come to the fore once again this week. That is because, on Sunday, Red Bull confirmed that they have an agreement for IndyCar star, Colton Herta, to join AlphaTauri next season. The young American will replace Pierre Gasly. He is set to join Alpine to replace Fernando Alonso.

However, Herta needs a super licence to enter F1, despite his success in IndyCar racing. Under current rules, he is not eligible to obtain one. So what are super licences, and how can Herta qualify?

What is a super licence? Why were they introduced?

The super licence, and points system, is present to ensure that prospective F1 drivers are of the required standard to join the grid.

In 2016, the FIA updated their super licence rules. Only drivers aged 18 or over at the start of their first F1 season can now enter the sport. This was partially in response to what happened in the previous season. 17-year-old Max Verstappen joined the Toro Rosso team, impressing enough to put him in contention for a Red Bull seat.

After four races in 2016, he made the step up to the team. The Dutchman won his first race at the Spanish Grand Prix. However, had the new rules been in place in 2015, Verstappen would not even have been able to take his place on the grid.

What is the super licence points system? How many points does a driver need?

To obtain a super licence, drivers have to meet criteria. The super licence system runs over a three-year period. That means the following criteria, as per the official FIA sporting regulations, must be met:

As it states in the rulebook, drivers need to record 40 points over the three-year period. If all other criteria are met, they will be eligible for a super licence. Points can be mainly earned by competing in a number of FIA-sanctioned, or other top-level, motorsport classes.

There are only two motorsport categories that, by winning them, immediately grant a driver 40 super licence points. They are Formula 2 and IndyCar.

Why is Colton Herta not yet eligible for a super licence? Are there other ways to get F1 super licence points?

As an IndyCar title win grants the full 40 points for an F1 super licence, why is Herta not yet eligible?

The Andretti Autosport driver has never won the IndyCar title. Herta finished third in his debut season in 2020, following that up with a fifth-place finish in points in 2021. This season, he sits eighth.

Currently, as per Sports Illustrated, Herta has 32 of the 40 points required for an FIA super licence. He earned 28 of those points through his IndyCar finishes.

In addition, Herta tested with McLaren earlier this year. However, this would not be eligible for points. To gain one point, he would have to cover a distance of 100km in any F1 Free Practice session. However, this criteria applies to every practice session he competes in, so he could feasibly compete in eight practice sessions before the end of the season. But this seems the far more unlikely of any options he has.

To secure a spot for certain, Herta must improve his standing in the IndyCar championship. However, the 22-year-old would need to finish fifth.

As mentioned above, he is in eighth position in the standings. He is on 362 points, with one race to go. Scott McLaughlin, meanwhile, who occupies that fifth place, has 482 points. IndyCar, however, only has 50 points for a win, and despite double points applying at the last race of the season, Herta cannot overhaul McLaughlin.

What has Red Bull, F1 said about the Herta situation?

One other option for Herta would be for Red Bull to potentially ask the FIA for a rule change that would allow a driver to obtain a super licence with fewer points in the three-year period.

That is because the FIA adjusted the rules at the beginning of the Covid-19 pandemic to allow drivers to pick up points across a four-year period, with the best tallies in three years taken into account. Red Bull may attempt to convince the FIA to re-adopt that ruling.

However, such a request, at this stage, would likely be frowned upon by the FIA, who have the final decision. But that doesn’t make it impossible.

Speaking on Sunday after the Dutch Grand Prix, Red Bull advisor Helmut Marko told US radio station SiriusXM: “It’s nothing unreasonable [the exemption]. He won seven IndyCar races. That’s comparable to Grand Prix races. So it would be a shame if he wouldn’t get the super licence.”

He went on to add (quotes via Planet F1): “We looked at the regulations. We discussed it with the FIA. Because of Covid, there’s a special regulation that you can take three years [from four]. And also, if one result isn’t maximum points, and outside the driver’s [control], they can give the points.”

“We looked at the regulations, we discussed it with the FIA,” he said. “Because of COVID, there’s a special regulation that you can take three years (from four), and also if one result isn’t maximum points and outside the driver’s [hands], they can give the points.”

Meanwhile, F1 chief Stefano Domenicali has suggested that the FIA are not in favour of applying an exemption to Herta at this stage.

He told Autosport: “The sport needs to respect the rules. And, of course, American drivers, or other drivers, are very important. If he [Herta] is eligible to come in F1 because he has the points, it’s fantastic. But there is a ladder to follow. There is a protocol to respect, and that is the situation. So it’s really what I believe is right to do.

Asked about changing the points system for IndyCar specifically, the Italian added: “I don’t think it’s right to change something retrospectively. I think the right thing to do is to apply the rules. And, if there is some point to be discussed, if there is a need to update the rules, there is the right forum on which everyone can bring ideas or points for discussion.

“But today, the rule is that one should be respected. That’s my opinion.”