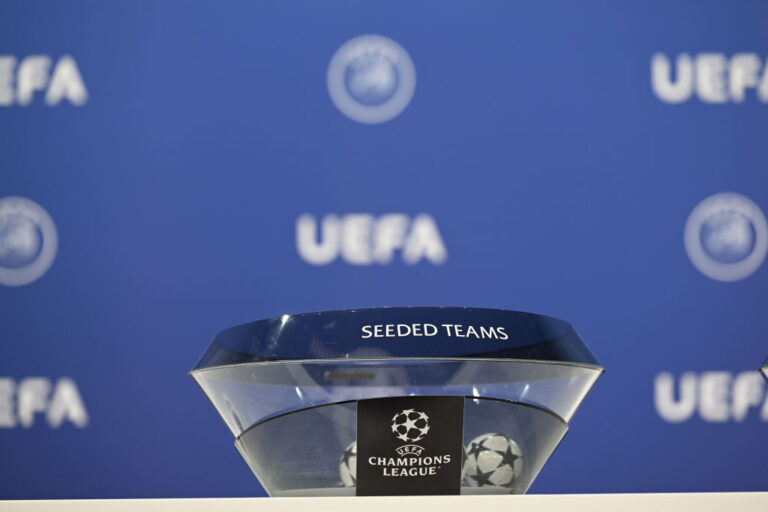 Now that the last three play-off sides have booked their place in the main competition, fans across Europe can look forward to another season of top-class football. Here is all you need to know ahead of the Champions League group stage draw, including the UK start time, where to watch it, and the all-important pots.

This year, 32 of the continent’s top sides face a daunting, piled-up schedule. Due to the winter placement of the Qatar World Cup, the Champions League group stage plays out across just eight weeks.

However, there is plenty of time after this to prepare for the knockout stages, which do not start until February 2023.

Every team in the competition dreams of reaching the final, which for 2022/23 is at the Ataturk Olympic Stadium in Istanbul. Because of this, today’s draw also takes place in the Turkish city.

Also, Liverpool fans will have particularly fond memories of Istanbul and this arena. This is where the Reds pulled off their improbable comeback from 3-0 down to win the 2005 final against AC Milan.

As a result, the Ataturk Stadium would be the perfect location for Jurgen Klopp’s side to avenge their loss in last year’s final to Real Madrid. Unfortunately for the host country, however, no Turkish teams are in the draw for the first time since 1995.

But who will each side face in the first round of the competition?

For UK viewers who wish to watch the Champions League group stage draw, the start time is 5pm. Additionally, you have a number of ways to watch the draw, whether at home or on the go.

As the TV rights holder for European football in the UK, BT Sport will show the draw live on BT Sport 1. The BT Sport app will also allow you to watch the group announcements. So, you can watch it on any device connected to the internet with the app, too.

If you are not a BT Sport customer, do not worry. Their YouTube channel is showing a full stream of the Champions League group stage draw, which is set to start at 4:45pm UK time.

How does the draw work?

As ever, the 32 teams in the main draw are divided into four pots of eight. From here, a team from each pot is placed into one of the eight groups. This should allow for an even spread of competition in each group.

But there are rules regarding teams from the same nations. Clubs that play in the same “association”, also known as the same country or league, are not allowed to be in the same group.

If this happens during the draw, the team picked out of the pot at the time will move to the next available group that does not have a fellow club from their country in it.

Despite this, UK fans could still enjoy some tasty home nation fixtures, as Celtic and Rangers can go in the same groups as the Premier League clubs.

In the first pot sits holders Real Madrid and Europa League winners Eintracht Frankfurt. Also joining them are the six league winners of the top-ranked countries in UEFA’s coefficient. However, as Real won La Liga – a top-six league – the next highest-ranked league winner joins pot one. For this year, that is Eredivisie champs Ajax.

The UEFA team coefficient rankings determine the clubs in pots two through four, irrespective of their leagues. Therefore, pot two contains the remaining English sides in the competitions – Liverpool, Chelsea, and Spurs.

Elsewhere, pot three contains some potentially dangerous sides that could get out of their groups. Serie A teams Inter Milan and Napoli are in the third pot, as are German giants Borussia Dortmund and Bayer Leverkusen.

Meanwhile, Scottish duo Celtic and Rangers find themselves in pot four. Unfortunately, this could mean quite a tough draw for the two Glasgow clubs.

The full pot seeding is as follows: