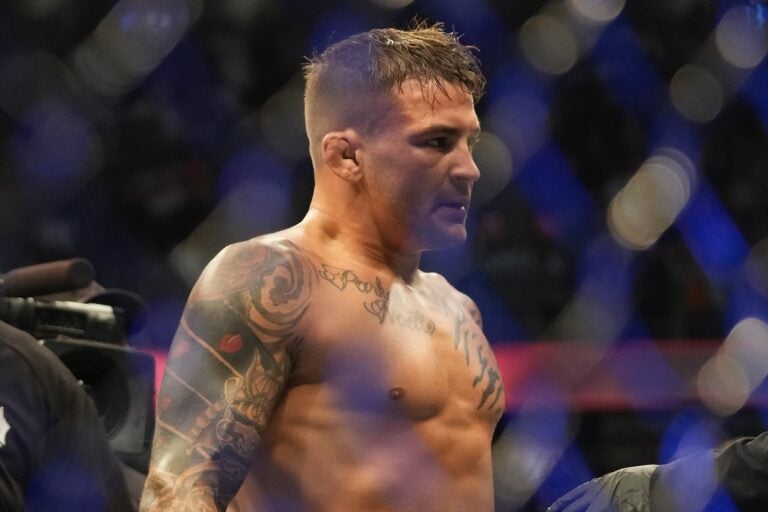 In the final UFC pay-per-view of 2021, Charles Oliveira is set to defend his UFC lightweight title against Dustin Poirier.

It’s the fight many fans have been waiting to see ever since Dustin Poirier beat Conor McGregor in their rematch at the start of the year. From there, “The Diamond” got the better of McGregor once again over the summer with “Do Bronx” overcoming some early adversity to finish Michael Chandler and cement his position as the UFC lightweight champion.

We already knew Chandler would be back in action at UFC 268 against Justin Gaethje but now, it’s also been confirmed by numerous sources – including the champ himself – that the long-awaited Oliveira/Poirier showdown will happen on December 11 at UFC 269.

Seeing out 2021 with the lightweight gold on the line…

Per @bokamotoESPN, Charles Oliveira ? Dustin Poirier is a done deal for #UFC269 on December 11 ?

What a fight this is going to be ? pic.twitter.com/6QfLYDDCvN

Can Oliveira defy the odds once again?

Throughout the course of his UFC career we’ve seen Charles Oliveira constantly being undervalued and underrated by fans and media members alike, but the overwhelming hope is that his reign as champion at 155 pounds will give people the time to appreciate what an incredible body of work he’s put together.

Of course, he’ll be coming up against a man in Dustin Poirier who has put his blood, sweat and tears into trying to become an undisputed champion at the elite level.

These gents produce fireworks whenever they’re inside that octagon and we can’t wait to see it all go down in December to close out a tremendous year for the UFC.