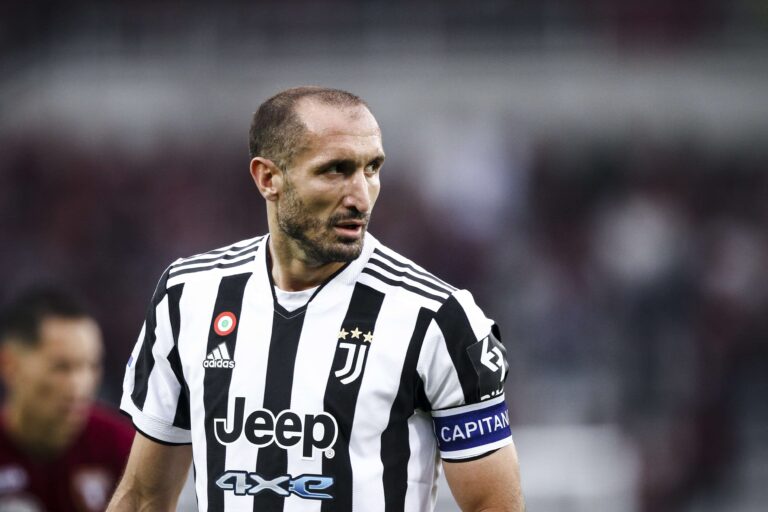 Juventus defender Giorgio Chiellini has called for strong action to be taken after a trio of Napoli players were racially abused in their side’s game against Fiorentina on Sunday.

Victor Osimhen, Kalidou Koulibaly and Andre-Frank Zambo Anguissa were all victims of racist abuse during and after the game.

Koulibaly was targeted whilst giving a post-match interview following Napoli’s 2-1 victory. He posted on Twitter that the perpetrators “must be identified and kept out of the stadiums: forever”.

Osimhen wrote: “Speak to your kids, your parents make them understand how disgusting it is to hate an individual because of the color of their skin NOTORACISM”.

Chiellini – the captain of the Italian national team – says he is “ashamed” by the abuse directed at the Napoli trio. He wants strong action to be taken.

He said (via AS): “It is unacceptable. We need laws and rules that are applied, this is the most important thing.

“I was ashamed, as an Italian and a Tuscan, also because Italy is not a racist country for me.

“Something more must be done, otherwise from outside we give a bad image of ourselves.”

A report from La Repubblica (as per Football Italia) claims that Napoli will refuse to continue playing if another one of their players is racially abused during a match.

During the 2020 Olympic Games in Tokyo, Germany’s men’s football team walked off the field after defender Jordan Torunarigha was allegedly racially abused.

And in the Champions League last season, Istanbul Basaksehir players left the field during their fixture against Paris Saint-Germain after the fourth official was accused of referring to coach Pierre Webo by the colour of his skin, instead of his name.

In Scotland, the SFA have announced that players found guilty of racist or homophobic abuse could be banned for up to a year under new disciplinary measures.