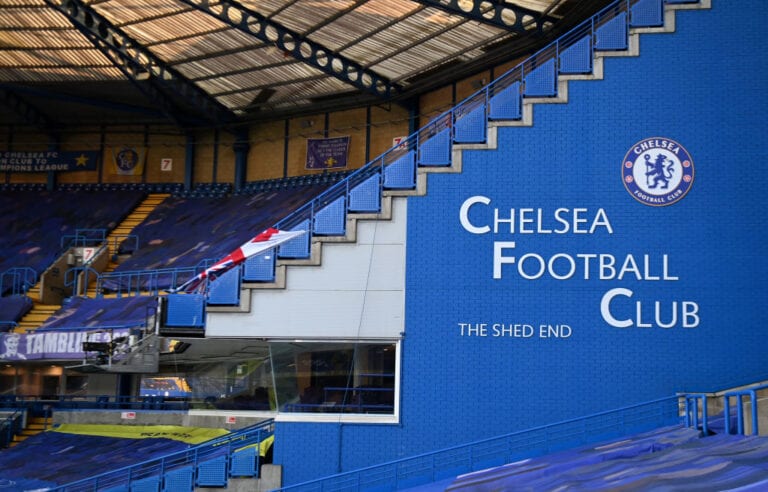 Chelsea put their 2021/22 shirt on sale via their club website – but have accidentally ‘announced’ two additions to their squad in the process.

The Blues unveiled their new home shirt this morning, which is set to be worn for the FA Cup and Women’s Champions League final.

Fans are able to get the shirt personalised with names of current Chelsea men’s and women’s squad members.

All the high-profile names from both teams are there as you scroll down – Fran Kirby, Pernille Harder, Mason Mount, N’Golo Kante.

James – sister of Blues full-back Reece – could in fact be making the move to Stamford Bridge in the near future.

The Athletic report that Chelsea have opened talks with United over signing the 19-year-old, who has one year left on her contract with the Red Devils.

There are no such rumours about the future of Mendy, although the 26-year-old has struggled for game time this season at City.

The Frenchman has made just 11 league starts this season.

He was awarded a start for City’s 2-1 defeat to Chelsea last weekend, but was substituted for Oleksandr Zinchenko with 10 minutes to play.

The Blues would go on to take victory in stoppage time, with Marcos Alonso scoring the winner.

The result temporarily took Chelsea up to third, although they were subsequently overtaken by Leicester.

Thomas Tuchel’s side lost to Arsenal last night at Stamford Bridge, and whilst Champions League qualification via the league is still in their hands, they may need to win both their remaining games depending on other results.

Alternatively, they can secure qualification for the competition via winning the Champions League final, which they contest on May 29 against Mendy’s Manchester City.